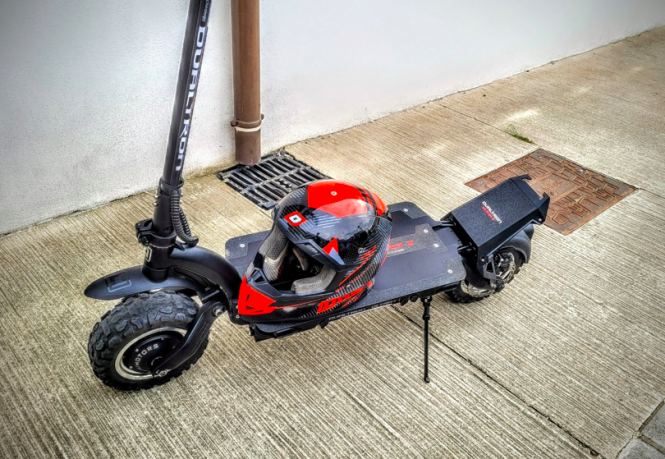 A man in the south of France has been fined for travelling at almost four times over the speed limit on an electric kick scooter.

The man was seen travelling at 98kph on a road with a speed limit of 50kph in Balaruc-les-Bains near Sète (Hérault).

Legally, electric scooters are permitted to travel at maximum speeds of 25kph in France.

In a Facebook post, the Gendarmerie de Hérault said the e-scooter had been modified in order to reach the high speed.

“It goes without saying that, at that speed, it was more like a fighter jet,” the gendarmerie said.

The driver has been fined €135 for speeding and could face further fines of up to €1,500 for illegally modifying the scooter.

The gendarmerie said the modified scooter has since been immobilised and is “awaiting a decision from prosecutors over its confiscation”.

French rules for scooter use

Electric scooters can be driven at maximum speeds of 25kph.

They are allowed on roads with a maximum speed limit of 50kph and bike lanes, where available.

They can also be used in pedestrian areas driven at lower speeds of 6kph, as long as drivers do not disrupt pedestrians.

Electric scooters are not allowed on pavements, unless authorised by mayors.