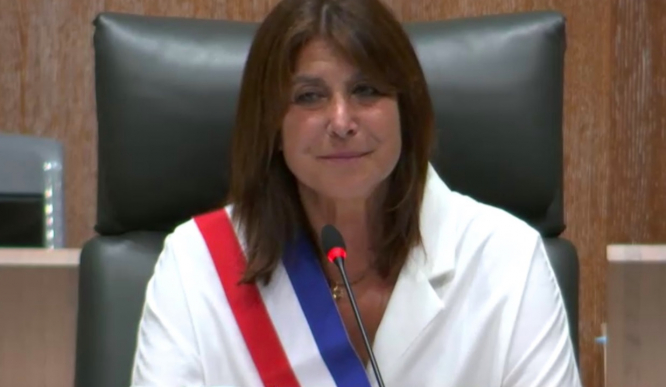 Michèle Rubirola, a doctor, is the first female mayor ever of Marseille, and the first left-wing leader in 25 years
By Connexion journalist

She is the first female mayor of Marseille (Bouches-du-Rhône, ‎Provence-Alpes-Côte d'Azur), and the first left-wing leader to take the role after Jean-Claude Gaudin (LR), stepped down after 25 years. He had not sought re-election.

In her first speech after the election, Ms Rubirola called for an end to “cronyism and nepotism” which, she said, “have had their time”.

She also thanked her competitor, Samia Ghali, who - realising she would not win - called on voters to support Ms Rubirola instead.

The 63-year-old doctor - who has worked in some of the city’s more deprived neighborhoods - also addressed people such as shopkeepers, immigrants, young people, and those living in poverty, in a city where the poverty level is at 25%.

Congrats to Michèle Rubirola, Marseille's mayor until 2026! In the end Samia Ghali rallied to the left and will receive among other perks the post of second vice-Mayor. pic.twitter.com/E3Qqjr9Mr0

A left-wing voice, she has said she will focus on ecological issues, as well as access to housing.

Before standing for mayor, Ms Rubirola was almost unknown on the political circuit.

In her first speech, she said: “As many of you know, [in the campaign] I preferred to confront ideas, rather than opposing people. And in this chamber, as outside it, I will continue to do the same.

“That is why I would like future debates to stay respectful, and finally deal with deep problems, [such as] cronyism and nepotism, which have had their day. This is a project for a greener, fairer, and more democratic city.”