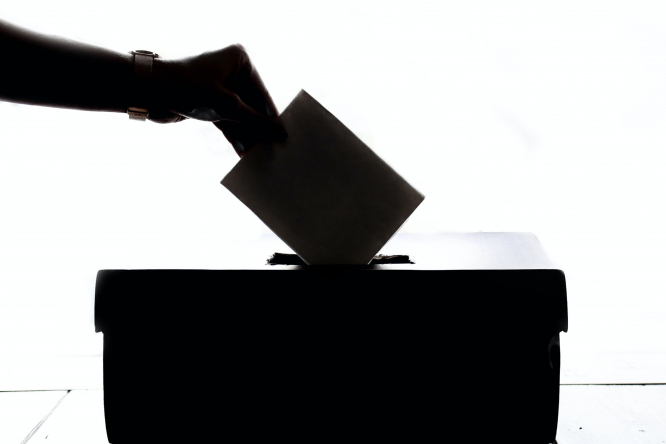 Only 40-41% of those eligible to vote in the second round of local elections did so.
By Joanna York

However, results showed voter turnout in the election was historically low. Only 40-41% of those eligible to vote did so, compared with 62.1% in the last local elections in 2014.

This may be a result of voters being reluctant to go to polling stations in the wake of the Covid-19 crisis, despite health and safety measures being in place.

But critics have pointed out that the first round of voting (which took place on March 15, one day before Covid-19 lockdown began) also saw a very low turnout.

The second round of elections was originally supposed to take place on March 22 but was postponed following confinement in France.

Increase in green candidates in power

The increase in green candidates coming to power in 2020 contrasts sharply with the last local elections in France, in 2014, after which the green party won in only one French city – Grenoble (Auvergne-Rhône-Alpes).

Two maps tweeted by news site FranceInfo show a visual representation of the increase in green power between 2014 and 2020.

In Lyon, the second-largest city in France, the greens had a double win for Grégory Doucet, with more than 50% of the vote in the city centre, and Bruno Bernard in the wider metropolis.

And Jeanne Barseghian, specialist in environmental rights, won in Strasbourg, pledging to make the city the “European capital of ecological, social and democratic transition”.

National secretary of the Europe Ecologie-Les Verts party, Julien Bayou, said of last night’s election results: “This is a historic evening. For the past 40 years ecologists have never been able to weigh in so heavily on the course of things and to take on, from tomorrow, the ecological transition and social justice in so many cities.”

The success of green candidates follows on from the party gaining more than 13% support in France in European elections in June 2019.

Mixed results for other political parties

In Paris (Ile-de-France), socialist mayor Anne Hidalgo held on to her seat. Although Ms Hidalgo is not a member of the green party, she is known for implementing environmentally-friendly policies in the capital.

While Les Républicains lost a long-held seat in Bordeaux, they held onto other local seats in the area, and won seats in Toulouse (Occitanie), Nice, and Aix-en-Provence (Provence-Alpes-Côte d'Azur).

Additionally current Prime Minister Edouard Philippe held onto his seat in Le Havre (Normandie) for Les Républicains, with 59% of the vote.

However results were not good for La République En Marche (LREM), the political party founded by President Emmanuel Macron. Most notably, LREM candidate and ex-health minister Agnès Buzyn, came third in the Paris election, failing to even gain enough votes to become a city advisor.

Meanwhile, the biggest victory for far-right party Rassemblement National was in Perpignan (Occitanie), where candidate Louis Aliot won 53% of the vote. RN leader Marine Le Pen called the victory “symbolic” and an opportunity for her party to show it could manage large communities.

The results of the election in Marseille (Provence-Alpes-Côte d'Azur) are still being contested. Official figures show that Michèle Rubirola, head of a coalition on the left, won 40% of the vote. However, candidate for Les Républicains, Martine Vassal, has refused to recognise her defeat.

News site FranceInfo has released an interactive map detailing the results in every commune in France.

Should foreign residents have local vote in France?

Britons not able to stand in French local elections