Why France has a new health minister 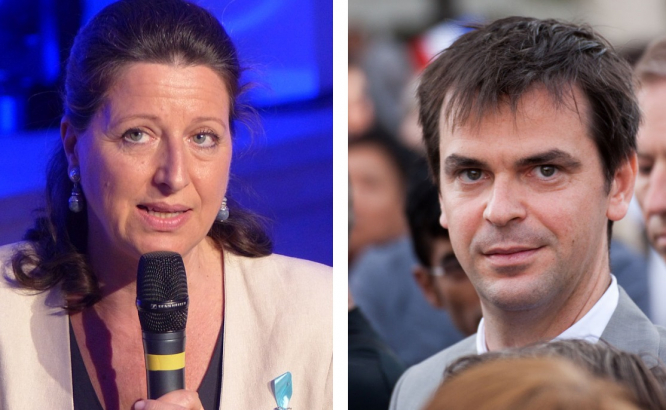 Mr Véran was confirmed as minister for health - official title, minister of solidarity and health - by the Elysée palace on Sunday February 16.

A neurologist, he was a former Socialist MP, who was voted MP for Isère in 2017, on a République en Marche (LREM) ticket. He is a longstanding supporter of President Emmanuel Macron, and joined LREM from its inception.

He takes over from Ms Buzyn, who announced her resignation from the position on Sunday, to enable her to join the race for mayor of Paris. Speaking to the Agence France-Presse, she said: “I’m going for it, I want to. I’m playing to win.”

According to public news service FranceInfo, Ms Buzyn was encouraged to enter the race by President Macron himself, who reportedly said she would be a candidate that would add greatly to the debate.

According to a statement from a “high profile figure” in the party, Mr Macron believes that Ms Buzyn has “an ability to bring people together, and her resignation from the government shows Parisians that she is completely dedicated to this campaign. This is a very daring choice; very Macronian.”

Ms Buzyn in turn replaces Mr Griveaux, who was forced to leave the race himself on Friday February 14, after a video of him exchanging sexual favours and messages with a woman was published online by controversial Russian activist-artist, and Paris resident Petr Pavlensky.

Mr Griveaux has since made an official complaint over this “invasion of privacy”, but he stepped down from the race amid the controversy.

In a statement, he said: “I have known the harshness of political life; for more than a year we have suffered defamatory comments, lies, anonymous attacks, private conversations being revealed, and death threats.

“This mudslide has affected me, but it has especially hurt people that I love. As if that wasn’t enough, yesterday, a new line was crossed: An internet site and social networks shared ignorant attacks that questioned my private life.

“My family does not deserve this; no-one should have to suffer such abuse. As far as I am concerned, I do not wish to expose my family and myself even more, when everything is fair game. This has gone too far. That is why I have decided to withdraw my candidacy from the Paris municipal elections.”

Mr Griveaux's laywer Richard Malka has said that he will "pursue all publications that violate his private life" and said that the crime risks two years of prison and a €60,000 fine.

But Mr Pavlensky's lawyer Juan Branco has said that the duo were being held "without having had chance to defend their rights", and that the situation was "an attack on their rights".

Mr Griveaux had been a candidate in the Paris mayoral race (Photo: Benjamin Griveaux / @BGriveaux / Twitter)

Mr Pavlensky has defended his decision to publish the video, which he says he obtained from a “source who had “a consenting relationship” with Mr Griveaux.

He told magazine Libération: “[Mr Griveaux] is someone who claims to have family values, who says that he wants to be a “family” mayor, and always uses his wife and kids as an example. But his actions say the opposite.

“I don’t care what sexuality people have; they can even sleep with animals, no problem. But they must be honest. And he, who wants to be the head of the city, is lying to voters. I live in France now; I am Parisian [so this] is important to me.”

Mr Pavlensky is living in Paris as an escapee of the Putin government in Russia, of which he is very critical. He has also been investigated in France in connection with starting a fire at the gates of the Banque de France.

Over the past two days, Mr Pavlensky and his girlfriend Alexandra de Taddeo, were arrested and kept in police custody in Paris, in connection with a separate alleged stabbing incident.

They have since been detained in a new case, related to the Griveaux affair.

Immediately after Mr Griveaux’s departure from the campaign, his opponents and other members of the government came out in support of him and his family.

Current MP and mathematician Cédric Villani, who is also running for mayor, tweeted: “I offer my full support to Benjamin Griveaux and his family throughout this ordeal. I am taking into account his difficult decision. The undignified attack that he has suffered is a serious threat to our democracy.”

Current Paris mayor Anne Hidalgo, who is seeking re-election, called for “respect for people and their private life”, and said that “Parisians deserve a dignified debate”.

But Florian Philippot, formerly vice-president of the far-right party, le Rassemblement National, said: “I imagine that Benjamin Griveaux also removed his name from the race because he felt that his campaign would not go well, and he risked a very bad result.”