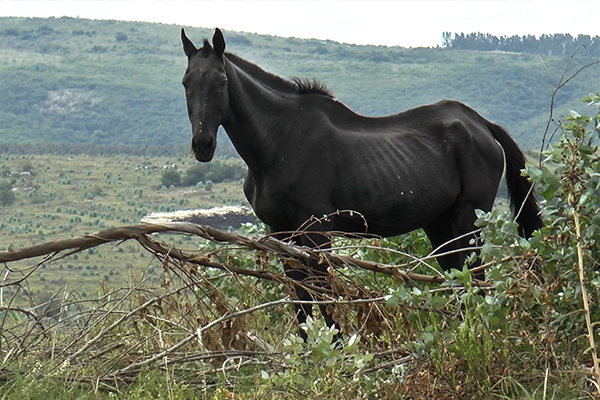 Police investigating the death and mutilation of horses are examining whether there could be links to satanism.

More than 30 cases of horse mutilation have been recorded in France since the beginning of 2020, officers said. One owner said she had found what she described to investigators as 'a voodoo doll' near the body of a killed horse, while vets called to examine a body following a separate attack said the animal had been drained of eight litres of blood.

“Given the media appeal, some facts may have been committed by imitation, in isolation. On August 22, in Moncé-en-Belin, Sarthe, a calf was targeted for the first time, ”states a summary of territorial intelligence which is also interested in the phenomenon of animal abuse.

In almost all cases, the equine victims have had their right ear severed. But that appears to be the only link.

In a memo dated June 30, the Central Territorial Intelligence Service (SCRT) highlighted "a real desire to harm equines in general while keeping a trophy ear", according to Le Parisian.

Reports have also suggested that one case, dating back to 2014, occurred close to a Satanic feast day, though the links between the date - January 7 - and the rituals are a long-standing urban myth.