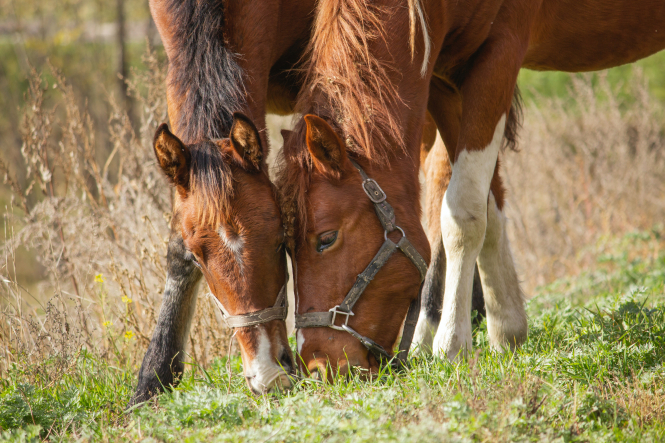 Horse owners are teaming up to look after their animals after two more were found dead and mutilated in different locations in France this week.

The bodies were discovered in fields in the Eure-et-Loir and in Deux-Sèvres as the macabre spree accelerated in August.

In Essonne, a pony was killed on August 1; a week later, a filly was badly mutilated in Saône-et-Loire. More recently, a thoroughbred horse was attacked in Côtes-d'Armor, and the organs 'surgically' removed from an already dead animal in the Loire. In each case, the horse's right ear was severed.

In total, approaching 20 linked cases have been identified by authorities, according to Le Figaro, which also noted that there had been isolated cases of about one a year between 2002 and 2019 in France, Belgium and Germany.

Read more: 15+ horses killed and mutilated in France this year

Breeders believe that those behind the attacks have a strong knowledge of horses. They have set up a Facebook page, which now has more than 7,500 followers to pass on information and alert one another to attacks or attempted attacks. Some owners have set up surveillance cameras, while police are working to identify two suspicious cars spotted by CCTV in Berny-en-Santerre.

Investigating another case, Gendarmerie du Jura posted on Facebook: “We invite you to report any individual or behaviour deemed suspicious near pastures hosting equine, stud, farm or equestrian centres.”