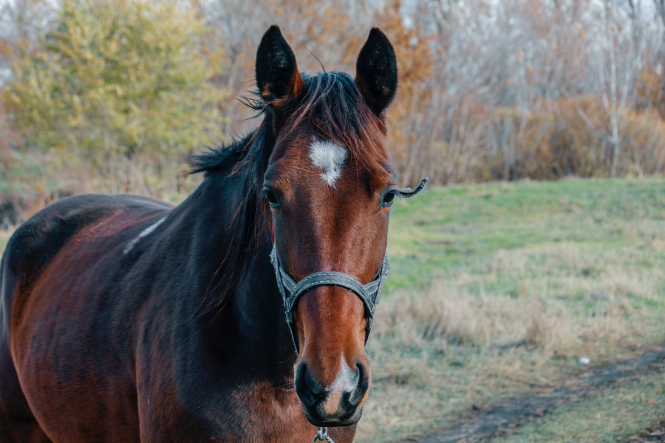 The attacked animals are commonly found dead with an ear, and other body parts, removed.
By Joanna York

An investigation was opened into the mutilation of the dead horse on August 17 in Roanne (Loire, Auvergne-Rhône-Alpes).

The horse had been left in a field after it died of natural causes on Friday evening, in anticipation of its body being removed and treated by professionals.

However, on Monday morning, its owner noticed the horse had been mutilated in the night, with an ear, eye and its nose removed.

The public prosecutor’s department in Roanne said: “Police have found similarities between this case and around 15 other mysterious acts of torture and mutilation of live horses throughout France in the past few weeks.”

Two other attacks in past two weeks

In the past two weeks, two similar incidents were reported in the region of Bourgogne-Franche-Comté.

On Saturday August 8 a foal was found killed and mutilated in Saône-et-Loire, and on Friday August 14 a mare was found in Jura.

In Jura, the horse had been killed, and an eye and a “chestnut” removed from its body. A chestnut is a callous-like growth found on the inner leg of some horses.

Although the local police in Jura are working with the OCLAESP, they have so far found “no direct link between what happened in Jura and national incidents".

Attacks throughout France since January 2020

Investigations into killings and mutilations of horses, ponies and donkeys are also currently underway in Somme (Hauts-de-France), and Puy-de-Dôme (Auvergne-Rhône-Alpes).

Since the beginning of 2020, similar attacks have been reported in the French departments of Pays de la Loire, Grand Est and Occitanie.

Isolated incidents of attacks on horses were also reported in 2014 and 2016 in France. This year, however, around 15 animals have been attacked already.

The animals are commonly found dead with an ear, and other body parts, removed.

While local police in Roanne opened an investigation into “stealing or receiving animal organs” when notified of the most recent crime, the motivation behind the attacks is unclear.

A national police spokesperson said: “We don’t understand the motivation. Is it a satanic rite, insurance fraud, a search for macabre trophies, or an internet challenge? We don’t know.”