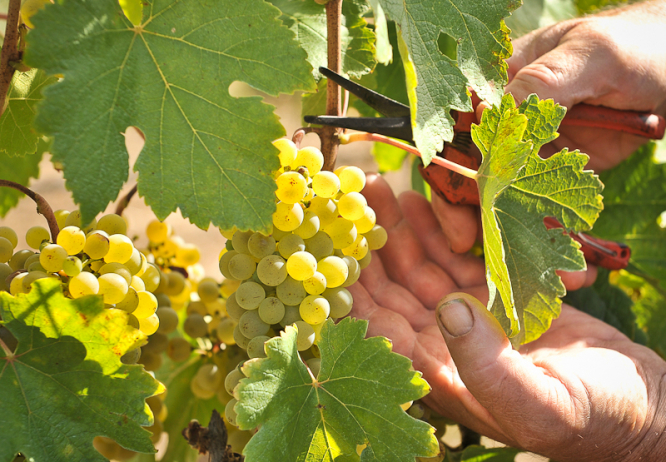 The group picked grapes entirely naked, apart from shoes and plastic ponchos against the rain
By Connexion journalist

Taking advantage of the warm end-of-September weather - despite some rain - the seven men and one woman took to the vines entirely naked, to pick grapes on a small parcel of vineyard in the commune of Crest.

The group made use of a local by-law that allowed them to harvest for a set amount of time, and in a clearly-defined area of the vineyard. The remoteness of the land ensured they were unlikely to be seen by members of the public.

Some concessions to the weather and environment were made: the group wore shoes to protect their feet against the hard and muddy ground, and some made use of transparent plastic ponchos to ward off the rain. Apart from this, they were all entirely naked.

The experience allowed them to get closer to nature, they explained to local news source France 3, and have vowed to return next year.

“We have wanted to harvest this way for a long time,” explained Thierry Guillot, one of the group. “We chose a vineyard that we know and like. Naturism is a mindset. We are very close to nature, and being able to move without fabric; without a polluting barrier, is such a pleasure.”

He continued: “Naturism is about tolerance. We never judge each other; it’s one big family. When you have tasted [what naturism is like], you cannot go back to fabric.”