New Covid-19 Bordeaux variant: What we know so far 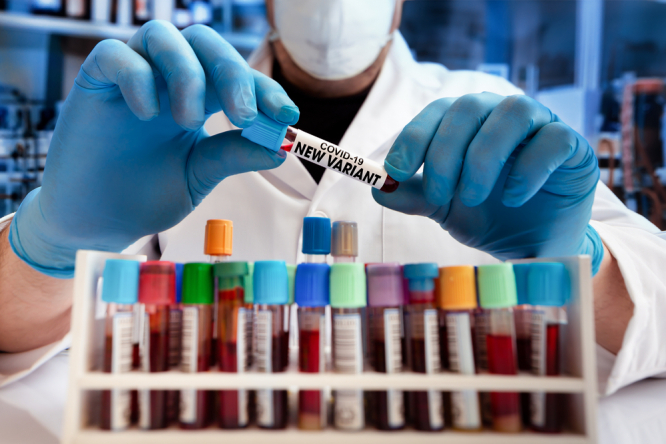 The new variant is 'very rare' but is 'not resistant to vaccination' health authorities have said Pic: Angellodeco / Shutterstock

A new strain of the SARS-Cov-2 virus has been detected in the Bacalan neighbourhood of Bordeaux, Gironde (Nouvelle-Aquitaine) with at least 46 new cases reported.

Director of regional health agency l'Agence régionale de santé de Nouvelle-Aquitaine, Benoît Elleboode, has said that the variant is not “resistant to vaccination”.

Health authorities are now working to make sure vaccinations are open to all inhabitants aged 18 and over in the neighbourhood and nearby areas.

Where has the new variant come from?

So far, 46 cases of the variant have been detected, in a cluster in Bacalan, a neighbourhood north of Bordeaux. They were confirmed on Thursday May 20.

As a result, a massive testing campaign in the local area was launched, with results from Friday May 21 not yet reported.

It is thought that family meet-ups that took place on May 8 are at the source of the cluster, which causes “two linked chains of transmission”.

The variant was then spread at the Charles-Martin school, where 10 children tested positive. The school has now closed temporarily as a precaution.

What is the variant?

It is called 'VOC 20I/484Q', with the code ‘VOC’ referring to ‘variant of concern’. It appears to have come from the B.1.1.7 variant first identified in the UK, with an extra mutation (E484Q) that is suspected to make it more contagious.

Professor Patrick Dehail told France 3 Nouvelle-Aquitaine: “This variant was identified during a [DNA] sequencing at the Bordeaux CHU, and it is being confirmed at the CNR in Lyon.”

In its most recent update on emergent variants, health authority Santé publique France said: “It is a variant that has already been identified on a national level, but has been very rare until now. It had only been detected in very rare, sporadic cases in Auvergne-Rhône-Alpes, Grand-Est and Île-de-France.

“But now, clusters have recently been identified in Île-de-France and Nouvelle-Aquitaine.”

Professor Dehail said: “Before now, there had never been a cluster [of this variant] in the general population.”

Is it more dangerous or contagious than other strains?

Analyses are still being done to ascertain the contagion and suspected danger of the new variant, but authorities so far appear calm.

Mr Elleboode, of the ARS, said: “[The cases] are among young people who do not have serious cases and are not hospitalised. That is reassuring.

“There are also signs that this variant is not resistant to vaccination, because older people, who are 80% vaccinated among the over 65s, and 50% among the over 50s, do not appear to have been contaminated by this virus [strain].”

How is the variant being contained?

Local health authorities have set up a massive testing campaign in the neighbourhoods affected, and are implementing contact tracing for anyone suspected of having been in contact with the variant.

The ARS is set to start an ‘express’ speeded-up vaccination campaign in the area, starting on Tuesday May 25 or Wednesday May 26 next week.

Mr Elleboode told FranceInfo: “In total, 15,000 extra doses of the vaccine will arrive in the next three weeks, with 5,000 doses [ready] from next week.”