Covid France: 'We are not yet safe from fourth wave' says specialist 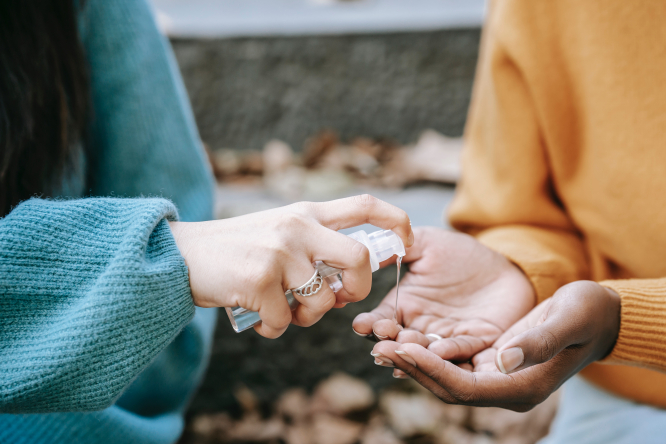 A top epidemiologist in France has said that barrier gestures will still need to be applied during the summer to ensure there is no fourth wave Pic: Charlotte May / Pexels

The Covid-19 situation is improving in France but must be monitored closely, a leading French infectious disease specialist has said.

Professor Karine Lacombe, head of the Infectious Diseases Department at Hôpital Saint-Antoine in Paris, said that there are a number of regions in France where Covid-19 rates are quite low and it is “very encouraging” for the lifting of many restrictions this week.

France will reopen outdoor eating and drinking areas tomorrow (May 19), as well as cinemas, museums and other cultural spaces.

“Even though we have the impression that things are going well, it does not mean that we are safe from a fourth wave. We must pay very close attention to indicators to be able to react quickly, in particular in Ile-de-France,” she said in an interview with BFMTV.

The department of Seine-Saint-Denis in Ile-de-France has the highest rate of Covid-19 cases in metropolitan France.

Prof Lacombe said that we should be prepared for the fact that the return to normal might take longer in Ile-de-France than in other parts of the country.

She said that, generally, if all goes well, the country will avoid a fourth wave and “from September, we will hopefully return to a more normal life”.

However, French diabetologist and geneticist Philippe Froguel, a professor at Imperial College London and Lille University Hospital, has warned that if France does not prepare sufficiently for the Indian variant, a fourth wave will arrive in July.

He accused the country of burying its head in the sand with regards to the increase in cases of the Indian variant in the UK.

“The authorities have their eyes on deconfinement without seeing what is going on around them. I'm not saying that we shouldn't deconfine, that's not my responsibility - I say do it with your eyes wide open,” Prof Froguel said in an interview with France 3, published this morning (May 18).

“This Indian variant is spreading twice as fast as the original strain. That means that in a month there will be plenty of cases,” he said.

“If the Indian variant develops rapidly, we will be faced with a fourth wave in July. We will have big problems for the people in France who are not vaccinated,” he said.

He criticised France for not having the capacity to test specifically for Indian variants, using a technique called sequencing.

“Look at the British. I was in London the last few days. There is an area where Indian variants were identified. The area was under siege with tents everywhere for testing,” he said.

“Every person who came in or out was tested. And every test was sequenced. Do we see this in France? No.”

Prof Lacombe admitted that English-speaking countries, such as the UK and the US, are better at sequencing than France, but said a lot of progress has been made.

“Now there are more laboratories...that allow us to have more sequencing data,” she said.

“We are not yet at the level of the UK or the US...but a lot of progress has been made.

“We have a pretty good picture of the spread of variants in France.”

She said that the UK variant makes up around 80% of Covid-19 cases in France and the Brazilian and South African variants make up around 6%.

The rest of the cases are various undetermined variants that do not pose more threat than the original strain.

“The Indian variant is still very sporadic,” she said.

“There are a few cases spread out around the country, but it is not all at the rate that it is in other countries.

France has to date detected 24 small groupings of three sub-strains of the Indian variant of SARS‑CoV‑2, known as B.1.617.

Health authority Santé Publique France (SPF) has stated that it is monitoring the situation closely and that the spread of these variants is so far limited.

Preliminary data suggest that the sub-strains of the Indian variant are more contagious than the original SARS‑CoV‑2 virus and could be more resistant to immunity responses, but the data remains patchy, SPF states.

An early study in the US has found that the Pfizer-BioNTech and Moderna vaccines are effective against two of the Indian variants of SARS-CoV-2, the virus that causes Covid-19.

You can read about the study into vaccines' efficiency against the Indian variant here.

Prof Lacombe said that it was vital that France continued to vaccinate people against Covid-19 as quickly as possible.

“We need to remain on the vaccination path that has been set out,” she said.

France has given a first dose of a Covid-19 vaccine to over 20 million people, achieving its goal of reaching this figure by mid-May. The government is aiming to increase this to 30 million by the middle of June, and all willing adults by the end of the summer.