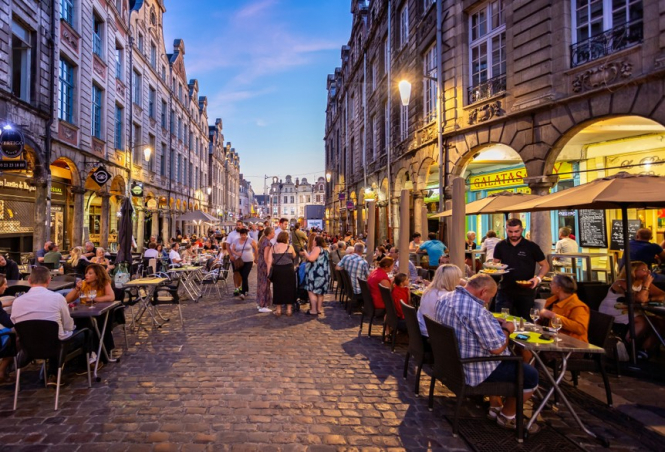 The health pass will be needed to visit cafes Pic: shutterstock.com / Nigel Jarvis

The French health pass will be enforced in new venues from August 9, it is planned, the government spokesman said today.

Gabriel Attal said, assuming the new law on extension of the pass is validated by the Conseil constitutionnel, which will give its ruling on August 5, the pass will start to be required in cafés, restaurants, long-distance transport etc from August 9.

It is already required for leisure and cultural venues with a capacity of 50 or more.

He said however there would initially be a period of “adaptation” and “tolerance”, with assistance and information for the venues concerned with checking.

He said this would be similar to the week of “fine tuning” that was allowed for establishments already subject to the rules.

Mr Attal was speaking after a meeting of the French cabinet, in which he said the ministers noted that the health situation in France was continuing to worsen, and remained “worrying”.

Even more than previous waves, the current ‘fourth wave’ is affecting the whole country, not just certain pockets, he said.

In seven it is over 400: Haute-Garonne, Pyrénées-Orientales, Hérault, Bouches-du-Rhône, Alpes-Maritimes and Haute-Corse.

Where necessary, prefects are taking local measures to stem the – in some cases “vertiginous” – rise, especially reimposing the need to wear a mask outside.

This increase has probably not finished, Mr Attal said, “however unlike the previous waves, we have a way not to derail the mechanism of the virus”.

“Thanks to vaccination we can avoid a strong wave of hospitalisation in August and at the rentrée,” he said.

“We have already noticed a breaking of the link between contaminations and the number of serious cases that require hospitalisation. The impact is two or three times less serious than in the previous waves.”

By “massive vaccination” and maintaining the usual health precautions, “we can keep this fourth wave in the hospitals under control”, he said.

He said contrary to those who said the health pass went against freedom, the aim was to “keep the country open” as much as possible.

“We are avid defenders of freedom,” he said.

More than 40 million people in France have now had at least one vaccine dose and the new objective is to increase this to 50 million by the end of next month.

Even people who are on holiday in another region of France are able to have one of their doses in their holiday resort and the other at home, Mr Attal said.

Here is a reminder of where you will need to use the health pass, and key dates:

How will the French react to the new Covid health pass?