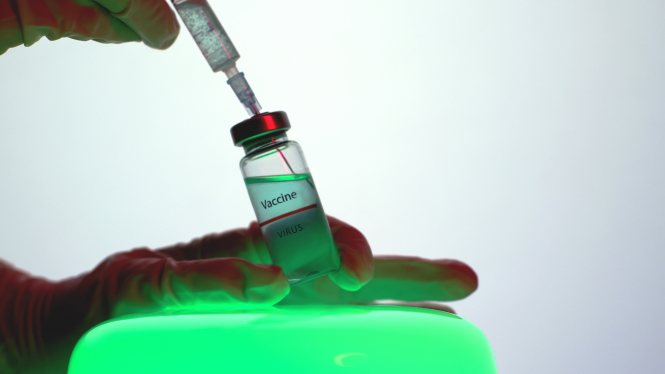 A new trial of American company Johnson & Johnson’s Covid-19 vaccine candidate - which is currently seeking approval as a single shot vaccine - has been launched in France, with 1,175 people around the country set to participate in a test of two doses of it.

Some volunteers will receive placebos while others will receive two doses of the vaccine, which has been developed by Janssen, the pharmaceutical division of Johnson & Johnson.

The aim of the trial is to determine whether the administration of two doses of the vaccine is more effective against Covid-19 and whether the vaccine protects against infection of the virus and disease.

Preliminary data show the one-shot vaccine to be 66% effective against Covid-19 and that the two-dose regimen multiplied the number of antibodies produced against the virus by two or three, compared to a single shot of the vaccine.

The trial volunteers will be monitored for the next two years and three months.

The Johnson & Johnson Covid vaccine candidate has already undergone large-scale trials and the newly launched study in France is part of a continuation of research into its effectiveness. A total of 30,000 people around the world will be involved in this latest trial.

Johnson & Johnson has already submitted its vaccine candidature to the U.S. Food and Drug Administration for approval there and will submit its vaccine to the European Medicines Agency (EMA) “in the coming weeks”.

If it is approved by the EMA and national regulatory bodies, it will be rolled out as a single-shot vaccine.

Pfizer-BioNTech, Moderna and AstraZeneca vaccines - the three Covid vaccines already approved for use in the EU - are two dose vaccines.

France has pre-ordered around 30 million doses of the Johnson & Johnson vaccine.

The country is expecting to receive the first 16 million by the end of June.

News agency Reuters reported that Johnson & Johnson could deliver the first doses of its vaccine to Europe on April 1.

Volunteers for the France-based part of the world-wide trial were chosen through Covireivac, an online platform for volunteers for Covid-19 vaccine trials. Volunteers have already been chosen for the Johnson and Johnson trial, with the studies beginning on February 1. You can sign up for other trials on their website here.

Covireivac is coordinated by Inserm, France’s National Institute of Health and Medical Research.

“Even if vaccines are already approved in France, continuing the trials is essential if we are to further scientific knowledge,” she said in a press release published by Inserm.

€300m for Covid vaccines and medicines to be made in France

France urged to speed up vaccination as variants spread