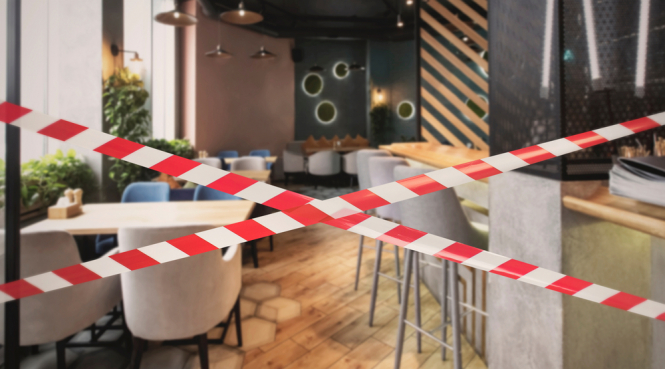 About 10% of bars, hotels and restaurants remain closed, even though the curfew and many other Covid-19 health restrictions have been lifted, according to the president of the industry union the UMIH.

Hubert Jan said smaller restaurants and those with awkward floor plans where it was difficult to get the spacing required by the government had not yet reopened because of the Covid-19 restrictions that are still in place.

“In some cases they say they will have to cut the number of places by half, and they will not be profitable,” Mr Jan told Connexion.

But reports that 30% of establishments were still closed, especially in tourist areas and in areas with lots of offices, were exaggerated, he said.

“I have been out having a look and speaking to people, and at most I would say 10% are closed.

“Most restaurant owners and their staff are only too happy to be able, at last, to get to work again.”

And he confirmed that some establishments on the coast have had an excellent start to the summer season, with French people who would usually have gone abroad staying in France for holidays and short breaks.

Finding seasonal staff remains a difficulty for many restaurants and the UMIH launched a digital platform in May, hcr-emploi.fr, to make it easier for restaurants to hire people.

It allows candidates to upload their CVs and other documents, have them verified, and then made available to restaurants looking for staff.

“It is a bit too early to say if it has made a big difference,” said Mr Jan. “But it is true that everywhere I go, finding staff is a problem – if any of your readers have a bit of experience and want to work, now is the time to go knocking on doors."

In January, the regional Chambre de Commerce et Industrie in Ile-de-France said it was worried that 30% of businesses in the sector would not survive the Covid crisis, but since then extra government aid packages, including extending the chômage partiel scheme where the government paid up to 80% of wages, have been announced.