Mayor to reopen museums in French city despite Covid rules 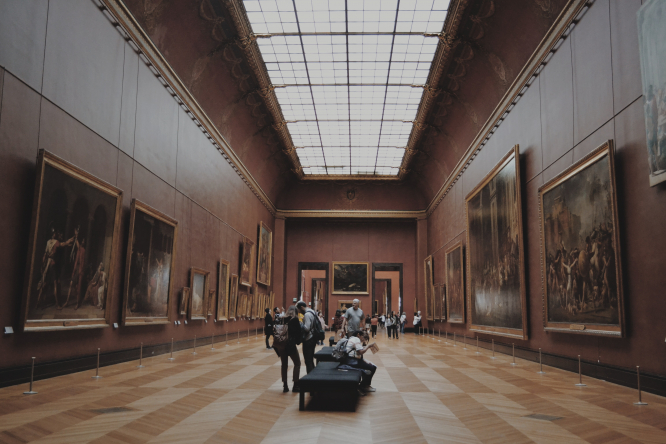 The mayor of Perpignan, in the Pyrénées-Orientales, Occitanie, announced yesterday that four museums in the city will reopen on the grounds that “culture is essential to life”.

All museums in France are currently closed due to the Covid-19 health crisis, but Mayor Louis Aliot said the museums in Perpignan would reopen on Tuesday February 16, with or without permission from central government.

He told AFP: “It is high time we reopened cultural spaces…We will experiment with the reopening of museums, obviously respecting necessary health measures.”

The prefecture for the Pyrénées-Orientales has since submitted a plea to local courts in opposition to the mayor’s orders, which has been supported by Culture Minister Roselyne Bachelot. She said the mayor’s actions were “purely political” and “would not defend the cause for culture”.

Minister says museums will open when cases go down

In an interview with news source BFMTV yesterday, Ms Bachelot said museums and monuments would be the first cultural spaces to reopen, and it was “possible” this could happen within weeks – but only if there was a decrease in Covid-related hospitalisations in France.

She said: “I understand people who are asking me for dates. As soon as it is possible [to reopen museums], we will do it.”

But, she added: “Opening a museum isn’t like lighting a match. The directors need a timeframe of three days for the fastest, and 15 days to three weeks [for others] if we respect…a certain number of [necessary] procedures.”

In preparation, Ms Bachelot and Health Minister Olivier Véran have held talks with heads of museums, galleries, and monuments to discuss reopening with stricter health regulations in place.

Ms Bachelot said these could include “capacity measures, conditions for reopening [and] a time-slot system in order to regulate visitor numbers”.

Meanwhile, the mayor of Perpignan has specified that the four museums he plans to reopen – the Rigaud art gallery, local history museum la Casa Pairal, the Joseph Puig museum of money and medals, and the natural history museum – will be free for visitors for one month.

He said the museums would reopen at a capacity of 10m2 for each visitor, meaning the 1,110m2 Rigaud art gallery would be able to accommodate up to 110 visitors at the same time.

Calls for museums to reopen increasing

This comes amid increased calls for "access to culture" in France.

On Sunday, February 7, infectologist Dr Eric Caumes told BFMTV that cultural spaces and sports centres should reopen in the name of mental health.

He said: “We really must reopen all of that, because we are all falling into pessimism, we are transforming into zombies, without culture, without pastimes other than what we have at home, without sport.”

He said: “In museums we can create a one-way system, which is very practical for health protocols. It is easy to manage the flow of visitors with a one-way system, and we can manage capacity. Then you have masks and hand gel and staff who know how to manage crowds.

“A museum is not a place where people get contaminated. We are much better off in a museum than on the RER or the métro.”

And last week, a group led by philosopher Robert Redeker called for museums in France to reopen, as they already have in European countries including Italy, Spain, and Belgium; and cities in the US including New York and Boston.

In an open letter to newspaper Le Figaro, the group wrote: “The pandemic continues in Italy, but a sign of optimism has been sent to the population, and it is priceless.”

The writers said that maintaining the current closures in France was “absurd” and “unacceptable”.

They wrote: “2021 cannot be a repeat of 2020. Maintaining the current situation and the prolongation of [these] measures, which deprive us of our freedom, is killing us.”