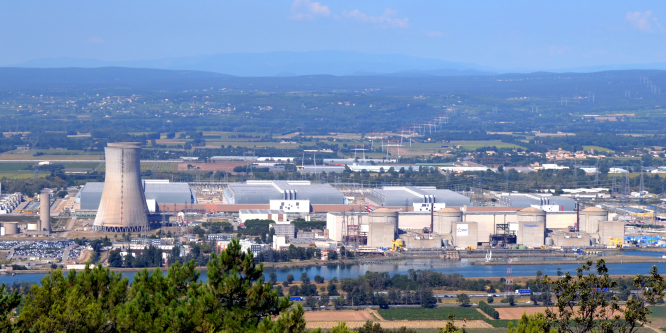 Plans have been approved for the oldest French nuclear power stations, designed for 40 years of service, to continue for at least another 10 years.

The move to extend the life of the reactors, built in the late 1970s and 1980s, comes as a European Commission expert study recommended nuclear power be seen as a “renewable energy” for funding purposes.

A programme of improvements for the 32 ageing reactors on seven sites has been set by the Autorité de Sûreté Nucléaire (ASN) watchdog for plant operator EDF if the sites are to stay open.

The ASN made its decision after a public inquiry where environmental groups objected.

Its improvements are based on lessons from the Fukushima disaster and focus firstly on ensuring that radiation is contained in the event of any possible reactor core meltdown.

Secondly, measures would ensure the reactors continue to operate safely if facing terrorist attacks, earthquakes, floods or a heatwave, so they still supply emergency power.

Greenpeace France, which led a campaign against the plan, said the ASN was putting the needs of EDF before concerns for the safety of French people.

A group spokeswoman told The Connexion it was worried about the power station at Tricastin in Drôme, where an ASN inspection showed cracks in the wall surrounding a reactor core.

“ASN identified the problem but now says it is happy with assurances from EDF that there is nothing to worry about.

“We do not share this assurance and are worried, especially as the reactor at Tricastin is in an area with earthquake activity and relies on a canal for cooling water which has nearly run dry in recent droughts.”

She said the government should devote time to a plan to retire old nuclear power stations, rather than planning on how to keep them going.