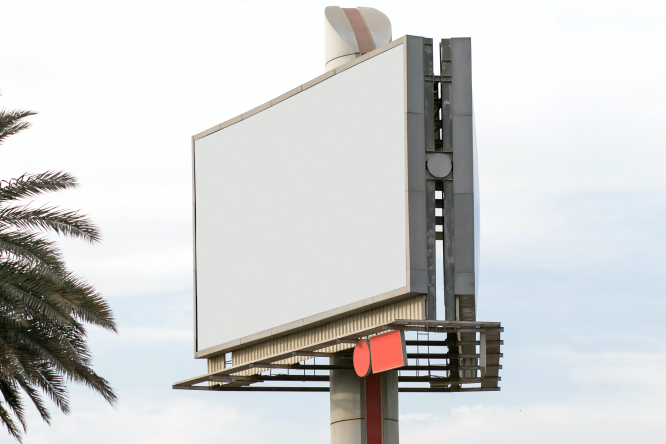 EDS has suggested making it a legal requirement that the question "En avez-vous vraiment besoin?" (Do you really need this?) is added to all advertisements.
By Joanna York

According to the group, advertisers channel an estimated €34 billion into the French marketing industry each year. They say that this represents a “powerful lever” which should be redirected “in service of the fight against climate change and restraint in using resources”.

One method of doing this would be to give local elected representatives powers to regulate advertising in order to “protect lifestyle, the environment and health”.

To this end, EDS suggests giving mayors powers to ban adverts in their communes, as well as the right to ban new digital screens for advertising and backlit advertising.

Mr Orphelin told news source FranceInfo that he wanted to progressively ban advertising for products which are the “most toxic” for the environment, such as sports utility vehicles (SUVs) and even household electronics.

In their place, EDS has suggested the creation of a fund to support “responsible advertising” that would make €300 million available each year. This money would finance the promotion of sustainable consumerism and eco-friendly products.

Mr Orphelin suggested that, when it came to advertising cars, experts from environmental agency l'Ademe (l'Agence de la Transition Energétique) could define the criteria for which cars should and shouldn’t be advertised, according to their effect on the environment.

Air travel is also being targeted by the law, with the promotion of train travel suggested as an alternative for rail journeys of less than four hours and 30 minutes.

The French government has already placed a ban on domestic flights if a train journey of less than two and a half hours exists for the same route.

To reduce over-consumption, EDS suggests making it a legal requirement that the question "En avez-vous vraiment besoin?" (Do you really need this?) is added to all advertisements, and shown before payment for online purchases.

Mr Orphelin defined advertising as “exercising a psychological action over the public for commercial gain, making products known, inciting people to acquire things”. He said that until the advertising industry was “revolutionised” it could not participate in environmental change.

Speaking about the proposed new law, he said: “Let’s be the first country to get strongly behind advertising being used to promote restraint, in service of [environmental] transition. We’re going to innovate in this area with all involved parties.”

Online shopping in France on rise before coronavirus