Q&A: What does the UK-France driving licence deal mean for you? 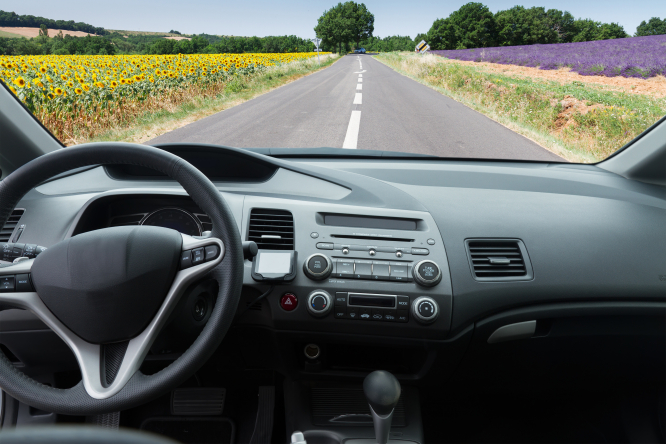 Further details of the new UK-France driving licence deal have been revealed today in a joint press release from the British Embassy Paris and the French Interior Ministry.

The deal revealed yesterday provides solutions both for those driving in France on valid (unexpired) UK licences and those whose licences have expired.

Today’s release also clarifies that those using UK licences will be permitted to obtain a French International Driving Permit for holidays to foreign destinations that require them.

There are also new provisions for those who applied for an exchange last year on ants.gouv.fr before the end of the Brexit transition period, while the UK was legally treated as still falling under EU rules.

The new deal comes into effect on Monday June 28 and it is expected that exchanges will be possible from then at the ANTS website.

A key new point is that valid licence holders are asked not to apply for exchange unless it is about to expire, or there is another ‘valid reason’ such as it being lost or stolen (a French road safety section official told The Connexion this also includes: Obtaining new driving categories, committing a driving offence that would usually involve withdrawal of points, your licence 'deteriorating', or your licence being suspended or cancelled).

British Ambassador Ed Llewellyn said: “I’m delighted to be able to reassure those with valid UK licences that they can continue to drive in France without taking a French driving test.

I know this will be welcome news for so many people throughout France who rely on being able to drive to get to work, attend medical appointments and see friends and family.

For those with an expired UK licence, there is now a clear route to exchanging it for a French licence, which will allow these people to get back on the road.”

The rules vary according to your situation. Here are questions and answers supplied by the British Embassy:

Do I need to exchange my UK driving licence if I live in France?

If your licence was issued before January 2021, you can use it in France until it expires. Paper licences are usually valid until you are 70. For plastic photocard licences, the expiry date is on the front. Check the expiry date.

When your licence has less than six months’ validity remaining or if it has already expired, you can exchange it for a French licence from Monday June 28 by applying to the Agence Nationale des Titres Sécurisés (ANTS) via their online platform.

If your licence was issued on or after January 1, 2021, it will be recognised for 12 months from the date of issue of your residency permit (carte de séjour). If you intend to stay in France for longer, you must exchange your UK licence for a French one during this 12-month period by applying to the Agence Nationale des Titres Sécurisés.

Can I drive in France if my UK licence has expired?

If you are resident in France and your UK licence has expired or has less than six months’ validity remaining you can exchange it for a French one from Monday June 28 by applying to the Agence Nationale des Titres Sécurisés. When your application is registered, you will receive a document confirming your right to drive (une Attestation de Dépôt Sécurisée), which you can use to drive in France until your new licence arrives.

Can I renew my UK licence with the DVLA if I am resident in France?

No. You may not renew your licence with the DVLA if you are not resident in the UK.

If I am resident in France, can I use my UK licence in other EU countries?

Rules vary between countries so you should check the relevant country page on gov.uk before travelling.

If I am resident in France can I get an International Driving Permit (IDP) if I need one to accompany my UK licence in another country?

Yes. As long as your UK licence is recognised in France, you can apply for an IDP via the Agence Nationale des Titres Sécurisés (ANTS). This applies to paper and photocard licences.

Can I use my UK licence if I am visiting France?

Yes, if you are visiting France and have a valid UK  licence, you do not need to carry an additional International Driving Permit (IDP).

I applied to ANTS last year, will my application be processed?

Can I exchange my UK licence if it is not due to expire?

If your UK licence was issued before 1 January 2021, you do not need to apply to exchange it before it is due to expire. If you do not have a valid reason to request an exchange, your application will be rejected.