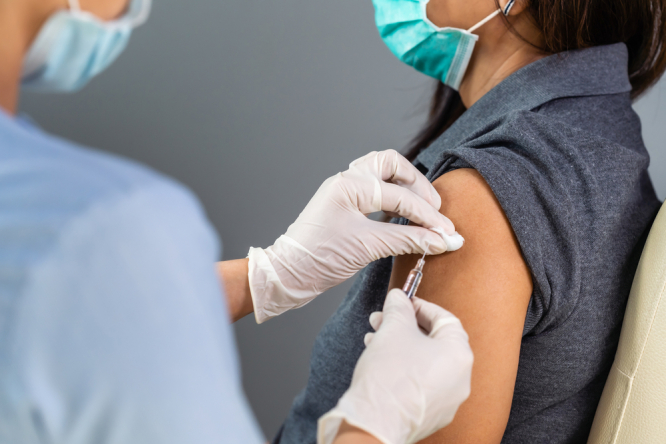 The UK’s Department of Health has told The Connexion it has not used ‘Covishield’, the brand name of an Indian-made Covid vaccine which is not approved by the European Medicines Authority (EMA) -  however research indicates that regardless of name it is the same vaccine.

A problem has arisen as ‘Covishield’, made by the Serum Institute of India (or ‘SIIPL’) in cooperation with AstraZeneca using the same technology as its own vaccine (now known as ‘Vaxevria’) is not seen as being the same as AstraZeneca’s Vaxevria by the EMA.

A number of EU countries, including France, state they are not accepting non-EMA-approved vaccines for entry under Covid travel rules. It is also not accepted as part of the EU’s ‘Digital Covid Certificate’ scheme.

In France, this notably affects the chance to visit as a tourist and without an ‘essential reason’ or the need to quarantine.

An EMA spokesman told The Connexion: “The only Covid-19 vaccine from AstraZeneca for which a marketing authorisation application was submitted to and evaluated by EMA, leading to its authorisation in the EU, is Vaxzevria (previously Covid-19 Vaccine AstraZeneca).

“In the EU, the vaccine called Covishield does not currently have a marketing authorisation.”

He added that an official application for authorisation of this product has not been received by the EMA.

The website of the Serum Institute of India indicates that its only Covid-19 vaccine product for export at present is the vaccine it calls Covishield.

This vaccine was approved by the WHO earlier this year as being a version of the AstraZeneca vaccine, and the WHO now refers to both of these with the same technical name: ChAdOx1-S [recombinant].

A WHO spokesman told The Connexion: “Covishield is the marketing or brand name SIIPL gave the vaccine. The other is the ‘generic’ name, which basically describes what the vaccine is."

The UK government reported in February this year that approval was being given for the use of the same SIIPL vaccine within the UK after assessment by the UK’s medicines authority MHRA. It said the UK would treat the Indian-made vaccine as being the same as the AstraZeneca vaccine.

UK media sources report that five million doses of SIIPL vaccine were sent to the UK earlier this year.

This has not been confirmed to The Connexion by the UK’s Department of Health or by SIIPL, however a British person recently vaccinated with a second dose of ‘Vaccine AstraZeneca’ in the UK showed us a vaccination cards showing that one of the SIIPL batches was used.

This is despite denials from the UK that ‘Covishield’ has been used to vaccinate people.

A Department for Health spokesman said: “No Covishield vaccines have been administered in the UK.

“All AstraZeneca vaccines given in the UK are the same product and appear on the NHS Covid Pass as Vaxzevria.

“The European Medicines Agency has authorised this vaccine and we’re confident travel will not be affected.”

Prime Minister Boris Johnson was recently quoted in the UK media in the context of the controversy as having said that he is “very confident” that having had one of the MHRA-approved vaccines will not cause problems for travellers.

It comes as it is reported that Canadians are now concerned that many of them have received the Indian-made version of the AstraZeneca vaccine and may have difficulties entering countries such as France.

Official French sources have so far not confirmed to The Connexion if batch numbers will be checked at the border, so it is unknown if having had a SIIPL jab will pose a problem for people coming to France, as it will not be called ‘Covishield’.

The Connexion has asked if the EMA can confirm explicitly that the vaccine made by SIIPL in cooperation with AstraZeneca is not authorised by itself, whether or not branded as Covishield. We are also seeking to speak to the Serum Institute of India.