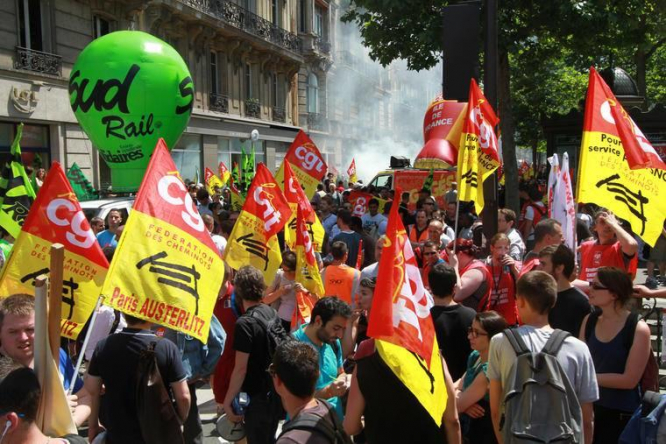 Unions leading the intermittent rolling rail strike have decided to consult employees on whether they support planned SNCF reforms, amid falling support for the protests.

The decision was made at a meeting involving the heads of the main unions leading the ongoing 'two in five' walkouts following disagreement over how to maintain grassroots support for the walkout.

The consultation - suggested by the CGT, and backed by Unsa and the CFDT - will take place between May 14 and May 21, with members asked the question: "Êtes-vous pour ou contre le pacte ferroviaire porté par le gouvernement?" (are you for or against the government's rail pact?).

The news comes after the latest strike day saw participation dip to an average of 14.46% across SNCF - though 53% of drivers did take part in the walk out.

May 14 - the day the consultation is set to begin - was originally intended to be "a day without trains", but unions are now just talking of "greater than usual mobilisation" on the strike days of May 13 and 14.

The unions will also ask Prime Minister Édouard Philippe to organise a "round table" on the planned reforms "early next week", said Laurent Brun, national secretary of the CGT-cheminots.

"Trade union unity is still relevant," Mr Brun said after the union meeting. "It is a means given to some of our colleagues to express their opposition to this reform."