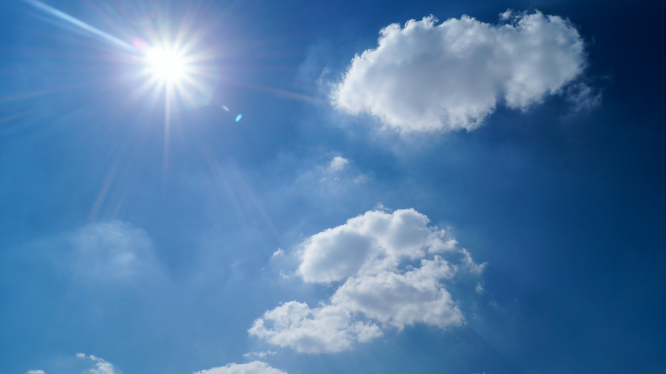 Unseasonably warm weather in France is forecast to last until Thursday, September 14.
By Joanna York

Temperatures are expected to be particularly high today (September 14) and tomorrow, reaching 36°C in some parts of the country.

National weather forecaster Météo France said in a tweet that this week’s hot weather could reach 10-15 degrees above average for mid-September.

Night-time temperatures will stay relatively cool, however, as the days are getting shorter.

Temperatures on Monday and Tuesday will be so high for the time of year that they are expected to be record-breaking.

In Bourges (Centre-Val de Loire) temperatures are expected to reach 36°C today, the hottest they have been in September since 1961.

On Tuesday, highs of 34°C are forecast in Strasbourg (Grand Est), which would break the current record set in 1947.

Virginie Hilssone, weather forecaster for news source France 2 said: “If these records are beaten it will have been a period of exceptional heat for the season.

Heat to last until Thursday

After Tuesday the weather will start to cool, but temperatures are still set to remain above seasonal norms.

On Wednesday, warm temperatures will peak at 29-31°C in Périgord (Nouvelle-Aquitaine), Quercy (Occitanie), Auvergne-Rhône-Alpes, the east of the Paris and the Grand-Est. Later in the day, potential storms that will lower temperatures are forecast in the east of France.

By Thursday temperatures will peak at 32°C near Bordeaux (Nouvelle-Aquitaine).

During the period of hot weather, there is likely to be a decrease in air quality and an increase in pollution.