'Pension change needed but has been badly explained’ 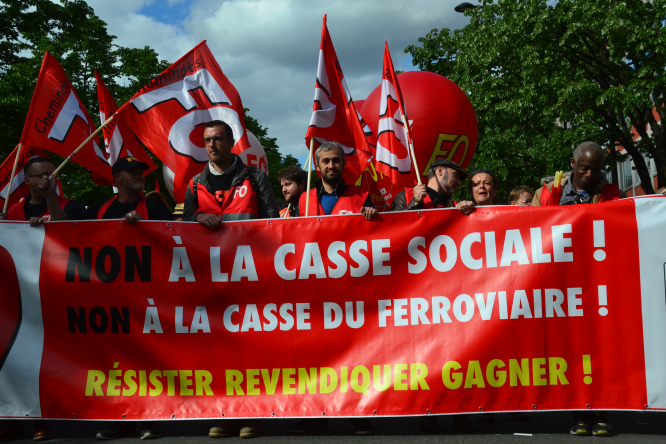 THE strikes have the government worried and could result in a general election, says sociologist Jean Viard, however the outcome remains uncertain.

Dr Viard, a director of research at Sciences Po who stood to be an LREM MP in 2017, said: “The press talks a great deal about December 5 and I have met members of government and know they are very worried, but it is unpredictable.

“The SNCF and RATP are motivated, because the SNCF lost its battle with the government last year when reforms they fought against were voted through, so that rankles.

“Also this kind of movement depends on the region. Strikes are stronger in the south. We say when there is a train strike it will last four days longer in Marseille. But I’m not sure that the general public want disruption at Christmas.”

In 1995 protests against SNCF reform and retirement lasted three weeks and also took place around the Christmas period – and led to the fall of the government. However Dr Viard said the government’s parliamentary support was much weaker then.

“A repeat is not impossible but fundamentally it would surprise me if the same thing happened now. The gilets jaunes are exhausted and a major, important union, the CFDT, is not taking part in the strikes at present, and the government is stronger than in 1995.

"But on the other hand there is a rejection of this government which is huge, so honestly nobody knows.

“I think the December 5 movement will be relatively well followed but will not maintain momentum. But if there are a million on the streets, that will be different as a government cannot reform against the will of society.”

Dr Viard said that so far the Macron government has resisted pressure that would normally have led to its downfall: “Usually huge protests like those of the gilets jaunes lead to government defeat, so we are in a rather unusual situation with a social movement supported by the majority of the population but a government which is still in power.

“That raises tensions and the media adds to that by calling for protests because journalists reflect the fact that in France we like confrontation. It is in our culture.

“Former prime minister Jean-Pierre Raffarin explained it well when he said that in China standing together is the most highly prized value and it is shameful to rebel, whereas in France a rebel is seen as a kind of hero.

“In Germany, there are strikes, but they are within individual workplaces and negotiation is much more highly respected. Each country has their own political culture.”

He added: “People on the special retirement regimes are a minority and the majority of the French do not want the unrest to continue and they don’t want the gilets jaunes back on the streets and roundabouts even though they agree with their cause.

“They were saturated by the violence their movement caused last year. So the signs are contradictory.”

Dr Viard is in favour of pension reform and says the public oppose the planned reform because they do not understand it. “It’s been badly explained by the government,” he said.

However he said discussions were ongoing, so there was as yet no clarity. “It is complicated because there are 42 régimes to negotiate with in parallel.

"There are those which are doing well, like the barristers who have more young members than those who are retired so they have billions put aside in their fund, but other special regimes, like the SNCF’s, are in deficit and need to turn to the government for funds because there are far fewer workers than there used to be. Forty years ago there were 500,000 in the SNCF and 70,000 now, so far more in retirement.

“So they are all different. In France we have a political system which advocates equality and fraternity, but the retirement system is unbalanced and unfair.

“The pensions for the civil servants are based on the last five years, and in the private for the last 25.

“I think we need a reform and it would be particularly beneficial to women. At present their average pension is €900 and for men it is €1,700.

“The structure of society has changed enormously with the rise in divorces so that many women find themselves alone when they retire and cannot live on their pension. I think it is a good reform.

However he said the government had lost the public’s confidence and he did not think it could win it back.

“My hypothesis is that they will hang on until the municipal elections in March and then they will call a general election.”