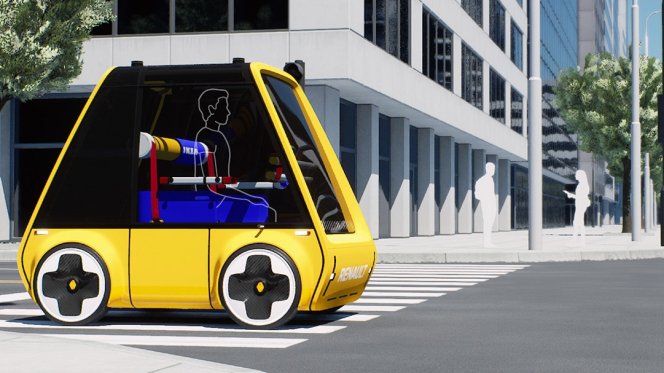 You could soon be able to ‘DIY’ assemble your own electric car, after French car maker Renault announced this week that it is working on a project with Swedish flat-pack homeware giant Ikea.

Code-named Höga, which means ‘high’ in Swedish, the vehicle would be intended for city use, and measure 2.3 metres long, and 1.8 metres high when constructed.

The creators hope that if it does reach the market, it would be sold at a price of €5,300.

The design, including the shape and colours, was inspired by “classic Bauhaus principles”, Ikea said, and “needed to be pure, purposeful, and function should always come before form”.

It said: “Höga is a concept literally built on the idea of a bridge. Aims to close the gap of those living in the less expensive suburbs, to jobs and mobility that fills dense urban cities.”

In the same way as Ikea’s famous flat-pack furniture, the car would arrive as a DIY kit, in 374 pieces, although some parts will arrive already assembled, for a total of 114 individual parts on delivery.

When fully assembled, the model has large windows, four-wheel steering, and a ‘skateboard’-style base; plus enough space to fit a wheelchair, pram, or bicycle next to the driver; plus accessible access.

Road safety authorities are currently working to evaluate the concept, to see if it would be safe for use on normal roads alongside normal vehicles.

It is thought that the vehicle could be a rival to the ‘no licence’ electric cars - or voiture sans permis (VSP) - that are currently available to drive in France, such as Aixam or Ligier.

4 hours ago
5
Map: in which French departments are Covid cases rising?