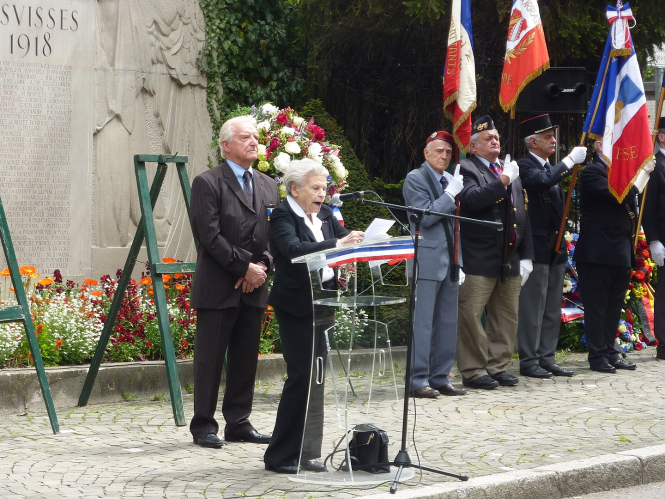 A French resistance fighter who battled to spare the life of the man who executed her fiance and sent her to the notorious Ravensbrück concentration camp and who later worked to educate children about the Second World War, has died, aged 100.

In 1966, Noëlla Rouget successfully persuaded then-President Charles de Gaulle directly to commute the death penalty for Jacques Vasseur - who was responsible for deporting more than 300 French people to Nazi concentration camps - to life imprisonment. That sentence was later shortened to 20 years by Georges Pompidou. During his imprisonment, Vasseur and Rouget communicated regularly.

In June 1943, Vasseur - a collaborator and Gestapo auxiliary - had Rouget, and her then-fiance Adrien Tigeot arrested.

Tigeot was tortured over a period of days and then executed. Rouget was deported to the women-only Ravensbrück concentration camp, north of Berlin. She was held there for 14 months, and twice avoided the gas chambers.

During her incarceration, she got to know fellow prisoner Geneviève de Gaulle-Anthonioz, niece of General, later President de Gaulle.

She moved to Switzerland after the war, where she met her husband André Rouget. He died in 2005.

After her death in Geneva on Sunday, November 22, President Emmanuel Macron described Mme Rouget as, "a supporter of freedom who gave the values ​​of fraternity and forgiveness their highest incarnation."