Self-testing Covid kits on sale in France: What you need to know 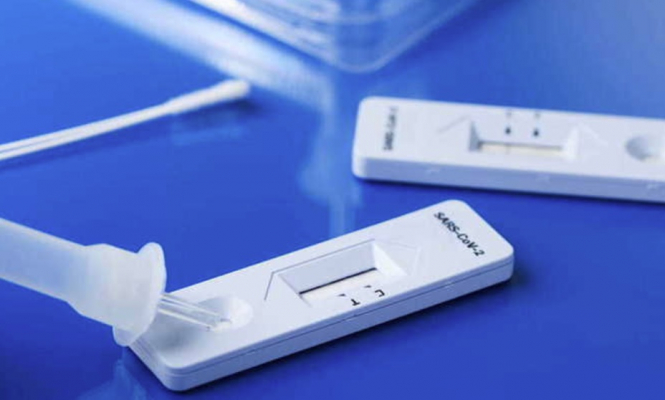 At-home Covid self-testing kits (“autotests” in French) are due to go on sale in pharmacies today, Monday April 12.

People with symptoms must get a proper PCR test and not use the self-testing kit.

The main goal of self-testing kits is to encourage people without symptoms to test themselves more frequently, in a bid to pick up people who might spread the virus without knowing.

Health Minister Olivier Véran said: “[More and more] pharmacies will be stocked up throughout the week.”

He said: “We will not be ready at 08:00 on Monday [but we will be ready later in the day]. We had hoped to have the information [we needed] on prices and sales conditions in the Journal officiel this morning [on Sunday] but we didn’t.

“We also wanted to see the list of tests that are recognised as reliable by [medicines authority] ANSM. There are six today, including two French ones; but many manufacturers have been offering us tests that have not yet been recognised.

“Pharmacists are careful, they don’t want to sell tests that are not reliable.”

All tests sold in pharmacies from today have been recognised as reliable by the ANSM.

The six brands currently authorised for sale are:

More brands are set to enter the market in the next few weeks and months.

The tests are also set to be used in schools, collèges and lycées, with the goal to offer “two tests per week per pupil or student, and staff”, the health ministry said.

People are also encouraged to do a self-test before meeting friends and family, for example, to ensure they are virus-free.

Yet, the government warns that physical distancing must still be practised even among those who have carried out a test.

How to do an at-home self-test properly

At-home testing kits have a tube, a nasal swab (shorter than the PCR swab), a reactive solution, and a plastic tray that shows the result.

Some kits have a QR code printed on the pack, allowing users to access a video on how to use them.

Overall, the method is as follows:

If it is positive, it must be followed up with a PCR nasal swab test as soon as possible.

Video: BioSynex / YouTube (This video is from BioSynex and is presented as an example only. Use the instructions in your kit to ensure a reliable result for the brand you have.)

Self-testing kits recognised by ANSM all have a reliability rate of 50-60% for asymptomatic people, with some claiming reliability up to 80%.

Will they be available in supermarkets as well as pharmacies?

The kits are not yet available in supermarkets, despite some brands - including Carrefour - having already built up a stock of supplies pending a decision from the authorities.

And yet, there are some exceptions, including pregnancy tests and ovulation kits, which have been authorised for supermarket sale in France since 2014.

Professor Jérôme Salomon, director general for health, has also previously said that he is in favour of making access to the test as “easy” as possible, and would in theory like to see them available in both pharmacies and supermarkets.

Nasal Covid tests not without health risks says French medical academy
Explained: How to use home Covid tests on sale in France

20 hours ago
4
Undelivered letters: Why is France’s postal service struggling?