The 4 key signs that Covid is retreating in France 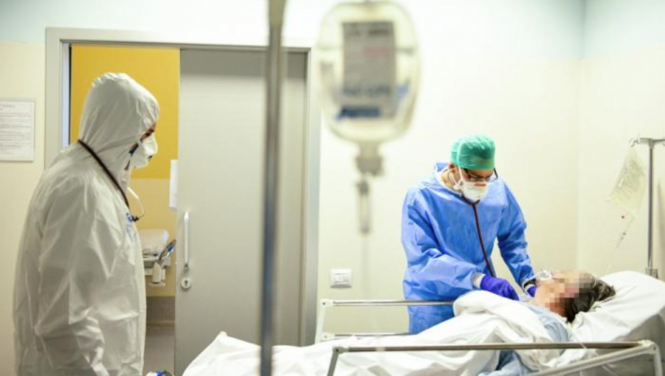 This is true of mainland France, although the epidemic is continuing - even worsening - in Mayotte and French Guiana.

Four key signs show that the virus is retreating in France.

However, the council has continued to emphasise that residents must remain alert, as the virus could yet still return.

1. The virus is still spreading, but less quickly

Professor Delfraissy said: “It is spreading slowly. Where we once had tens of thousands of cases [per day], we are now estimating that we are at around 1,000 cases, thereabouts.”

This is 599 fewer cases than the week before.

Yet, the number of positive cases should be read with caution, because it depends on the test taken, and may not take into account asymptomatic carriers of the virus.

2. The contagion level is weak

This is often written as “R” or “R0”, meaning the number of people that one infected person then goes on to contaminate.

This is calculated by Santé Publique France based on the number of Covid-19-linked hospital admissions.

It said: “This means that each infected person on average contaminates less than one other [person], and, consequently, the epidemic is retreating in France.”

This is partly due to continued physical distancing measures and the wearing of masks.

The number of intensive care admissions has dropped consecutively for almost two months in France, which itself means that the pressure on the hospital care system is reducing.

On April 8, at the peak of the epidemic, 7,148 people were admitted to intensive care. This is compared to June 4, on which day there were “only 1,163 patients with a severe form of Covid-19” and in intensive care, said health authority la Direction Générale de la Santé (DGS), in its daily briefing.

This does not mean that there are no longer any Covid-19 admissions, just that there are more people leaving intensive care nationwide, than are coming in.

The DGS said: “There were 23 new severe cases admitted to intensive care on Thursday (June 4), while 47 people were discharged (either because they were better, or had died).”

4. The daily death toll is continuing to drop

On June 4, Santé Publique France announced that 46 people had died due to Covid-19-related causes in the previous 24 hours. This suggests a weekly drop.

When including deaths from elderly care homes and other medical-social establishments, this number rises to 570 deaths from May 25-31, which is 120 fewer deaths than the week before.

Nationally, the number of deaths continues to drop, week-on-week.

Yet, despite these four signs of improvement, experts continue to call for caution, as these do not necessarily mean that the epidemic is over.

Professor Bruno Lina, virology professor at the Lyon CHU hospital and member of le Conseil Scientifique, told news source FranceInfo: “In pandemics, and with other viruses, we very often see a reappearance of the epidemic in autumn.”

These indicators will continue to be monitored, and the public is reminded to stay alert and proceed with caution to avoid the epidemic coming back.

For the first time since it began its daily press conferences, the DGS has said that it will not give further updates on the Covid-19 situation this weekend.

On Friday June 5, it said that its next update would be on Tuesday, June 9.

Speaking to newspaper Le Parisien, a DGS spokesperson said that this was due to “the positive development of the epidemic in France”. Yet, it added: “We remain cautious, and the press conferences will continue regularly if the health situation justifies it.”

As the situation has improved, director general for health, Professor Jérôme Salomon, has appeared much less in person at the press conferences, with the figures instead confirmed by press release.