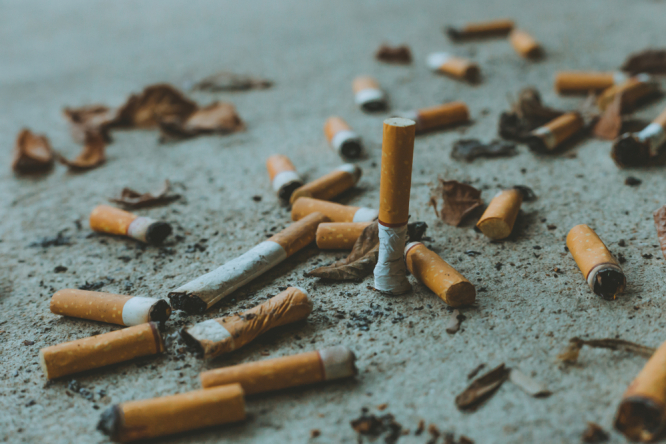 Tobacco manufacturers will have to pay for the environmental pollution caused by cigarette butts, the government has announced.

It results in water pollution and harm to marine life, she said. Each cigarette butt can pollute 500 litres of water, they can take years to break down and often end up being eaten by fish.

The clean-up operation will cost about €100million annually, according to Ms Pompili. To this end, an organisation will be created under the ‘polluter pays’ principle to contribute €80million towards the collection of cigarette butts, the distribution of ashtrays and communication initiatives.

Explaining that it was normal for “manufacturers to pay for the waste produced, rather than our taxes”, Ms Pompili insisted that the cost would not be passed on to consumers via increases in the price of packs.

Pocket ashtrays given out in French towns

Some towns in France have been launching their own initiatives to tackle pollution caused by cigarette butts.

In the spring, Montbéliard in Bourgogne-Franche-Comté introduced pocket ashtrays at venues such as cafés and restaurants.

The personal pocket-sized ashtrays can accommodate eight cigarette butts and can be endlessly reused after they are emptied in the bin.

A similar initiative is coming to the seaside resort of Royan this summer. As well as pocket ashtrays, special conical-shaped ashtrays have been developed for use on the beach, allowing them to be stood up in the sand.

Educational cigarette bins have also been brought into force, encouraging smokers to engage by using their cigarette ends like voting tokens. Cigarette butts can be disposed of by using one side of the bin or the other in answer to a question like ‘Do you prefer surfing or bodyboarding?’.

Every year in France, there are 75,000 deaths from smoking, accounting for 13% of deaths in France annually.