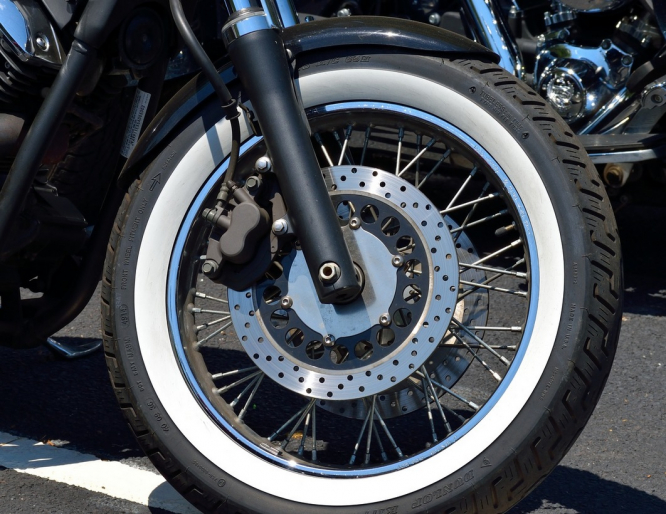 Motorbikes and scooters will now need to pay for parking, at around a third of the fee of cars
By Connexion journalist

From today, motorbike and scooter riders in Vincennes and Charenton-le-Pont (Val-de-Marne, Île-de-France) will need to pay for their street parking, in the same way as car drivers.

Supporters of the scheme, including mayors Hervé Giquel (Charenton) and Charlotte Libert-Albanel (Vincennes), say that the fees will improve conduct among riders, ensure greater respect for public spaces and local residents, and temper uncontrolled parking on pedestrian pavements.

The measure is going ahead despite a loud protest against it in February, which saw hundreds of riders from motorbike pressure group la Fédération Française des Motards en Colère (FFMC) take to the streets in Vincennes.

Previously, motorbikes did not incur a parking fee, as it was argued that they take up less space on the street, and are unable to hold a payment ticket “behind their windscreen” in the same way as a car.

Yet, the new rules will see motorbikes and scooters charged around a third of the fee for cars: starting at €1,50 for two hours in Vincennes, or €0.70 per day for holders of a resident card (carte de résident).

Payment will be made using new ticket machines that record vehicle license plates, rendering windscreen tickets obsolete. In Vincennes, there will be around 800 parking places made available; in Charenton, around 500.

Fines for non-payment - now called the “post-parking fee (forfait de post-stationnement)” - will also be around a third of those sent to car drivers.

Mr Giquel said: “This is not about repressive politics or a hidden fee, but simply about equal use of the public space.”

Ms Libert-Albanel explained the new logic: “Vincennes is the second-most dense town in France, and public space is rare. When it is not respected, this annoys residents."

The measure comes just months after a new rule came into force - from January 1 this year - allowing all communes to decide how much to charge for street parking in their town.

But while fees for parking cars vary considerably across France, no other commune has yet stepped up to join Vincennes and Charenton in charging for bikes and scooters.

Even in Paris, where 97,000 scooters and bikes are estimated to travel everyday, mayor Anne Hidalgo has chosen to focus on reducing vehicle emissions, rather than charging for motorbike parking.

Similarly, Bordeaux is seeking new ways to improve parking, but appears far from actually charging a fee for two-wheel vehicles.

Vice-president of the Bordeaux Metropole, Christophe Duprat, has said: “These vehicles [bikes and scooters] take up less space on the street; let’s not penalise them.”

Yet, Jean-Baptiste Gernet, assistant to the mayor of Strasbourg - a town in which many residents prefer to use a push bike - has said he is “watching with interest” the decision taken by Vincennes and Charenton.

He said: “If one day, motorbikes begin to cause us more problems, I am not ruling out paid-for parking.”