Traffic alerts this weekend as holiday season starts across France 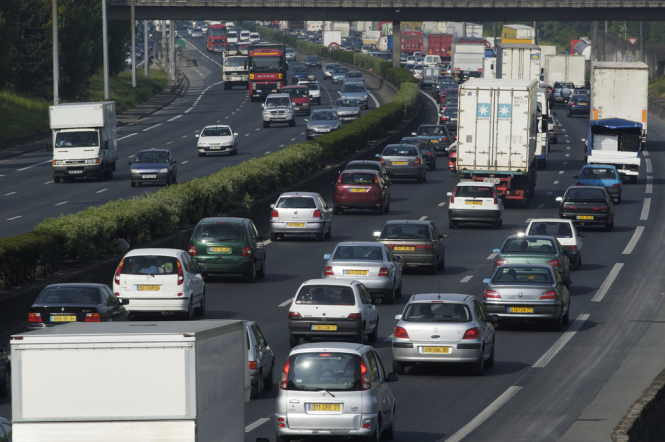 Roads will be busy on Saturday (July 3), with all departments in France flagged as amber by Bison Futé Pic: Code2707 / Shutterstock

Amber traffic alerts are in place across France this Friday and Saturday (July 2 and 3) in the direction of resorts, as holidaymakers hit the road in droves, the Bison Futé traffic monitoring service shows.

Traffic jams are expected Friday morning, potentially worsening into the afternoon, especially on the Périphérique, as travellers get caught up in rush hour traffic.

Roads will remain busy on Saturday, with all departments in France flagged as amber by Bison Futé. Drivers are therefore being advised to avoid major urban areas or aim to leave or cross them before 08:00.

The traffic situation should return to normal come Sunday, but Bison Futé also warns that the increase in traffic may impact the Tour de France in the Alpes du Nord.

August is usually the busiest month for roads in France, but this year there could be more traffic in July, news channel BFM TV reported.

This is because Covid-related restrictions have pushed June travel plans back, while the worry of more restrictions being brought in later has encouraged people to set off as soon as they can.

However, Christophe Marchais, Deputy Director of ADN Tourisme (the National Federation of Institutional Tourism Organisations) estimates that the numbers of holidaymakers departing in July and in August will be relatively equal, which has its advantages. "You'll have a lot less heavy traffic at a given point at any given time” he said.

If you are planning to drive in France this summer, you can check your route using the Bison Futé website, which provides daily colour-coded traffic forecasts. Click on the coloured maps on the homepage to reveal those areas experiencing particular traffic intensity and between what times specifically.

110 km/h for holders of provisional licences

90 km/h for vehicles towing a trailer

A minimum speed limit of 80km/h also applies in the left lane (unless you have a valid reason for going below this speed).

If you find yourself issued with a speeding ticket, it’s worth familiarising yourself with the margins of error for static and mobile speed cameras.