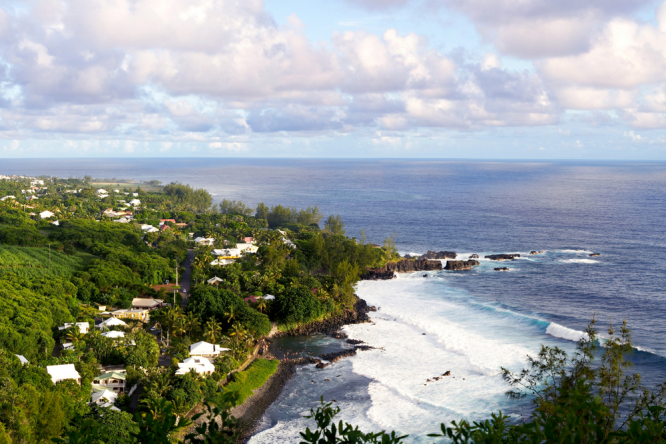 The UK’s decision to exclude people who have been in France from rules allowing travellers to skip quarantine in England was based notably on the prevalence of the Covid Beta variant in Réunion, a British minister said today.

Foreign Secretary Dominic Raab also said the decision was partly based on the ease of travel between the overseas region and mainland France, where the variant is much less prevalent.

This is despite the fact that France has travel restrictions in place for those coming from Réunion to the mainland – and that the UK legislation that created the rule excluding France said this only applied to those who have been in ‘Metropolitan France’, which does not include the overseas regions.

What is more the UK treats Réunion as separate from 'France' in its traffic light listings, so could easily have specifically excluded those who have been there, if it had wanted to.

The special treatment of France originally related to a decision to allow fully-vaccinated UK residents returning from UK amber-listed countries to skip quarantine and take only one Covid test in the UK instead of two. France was excluded and said to be on a special ‘amber plus’ list.

As of August 2, visitors to the UK who are fully vaccinated and are coming into the UK from ordinary ‘amber’ countries, including the rest of the EU and the US, will also be able to benefit from the same relaxed rules, however an exclusion for those who have been in France in the 10 days before arrival in the UK is maintained.

What did Mr Raab say?

Speaking to Today this morning, Mr Raab said: “France is on the amber plus list, so the announcement in relation to double-vaccinated people from Europe will not apply to them.

“There’s an exemption for them specifically, but the traffic light system will be reviewed next week and we will take advice from the JBC [Covid data analysis experts] on France, and on an evidence basis will decide the proper ranking then.”

Asked if the government had not made a ‘mistake’ because the Beta variant is “not very prevalent in mainland France,” he said: “I don’t think that’s correct. The evidence that was presented on which the original decision was taken was based on the prevalence of the Beta variant, in particular in the Réunion bit of France which of course is away from the mainland – but it’s not the distance that matters, it’s the ease of travel between different parts of any individual country.”

He added they “want to get France up the traffic light system as soon as possible but will take the scientific evidence every step of the way”.

As The Connexion previously reported, the legislation creating the ‘amber plus’ exception specifically said it referred to people who have been in Metropolitan France. Legally-speaking it therefore means that people could travel to the UK having been in Réunion (as long as they avoid staying in mainland France on the way), under normal ‘amber’ rules which will soon exempt double-jabbed visitors from quarantine.

On top of this, the UK's own red, amber and green list information page lists Réunion separately from France, and only mentions the special 'amber plus' rules as applying to 'France'.

Is it easy to get from Réunion to the mainland?

Not really, because firstly, La Réunion is in the Indian ocean, 6,000 miles from the mainland, and secondly there are Covid-related travel restrictions in place.

There are minimal requirements for those who are fully-vaccinated, but those who are unvaccinated must present an ‘essential reason’ for the trip, show a recent negative Covid test before embarking and undertake a period of seven days’ quarantine on arrival and then an additional test before leaving it.

What does the data say?

UK government sources previously told The Connexion that one of the main sources they use is Gisaid, a data initiative that monitors Covid-19 globally in real-time and which provides broken down data for the mainland and the separate overseas territories.

This source currently states that 100% of sequenced tests sent for inclusion in its database from Réunion in the last four weeks were the Beta variant, compared to 1.9% for mainland France.

Recent Santé publique France figures put the Beta and Gamma (Brazilian) variants combined at 5.1% of cases in the whole of France.

European Centre for Disease Prevention and Control data shows Beta to be more prevalent in Spain and Greece, while there are similar amounts to France in Germany, Belgium and Luxembourg.

The UK government was reported in June to be talking to AstraZeneca about the possibility of it modifying its vaccine after research found it had reduced effectiveness against the Beta variant.

However if this is a factor in the UK’s decision over France, it raises the question why French ministers have expressed no concerns over this variant in particular, as AstraZeneca is also given in France and is approved by the European Medicines Agency for use in the EU generally.

It also does not explain why other EU countries with similar or higher levels of the Beta variant are not on the ‘amber plus’ list.