Update: Voting rights in UK and French elections for Britons in France 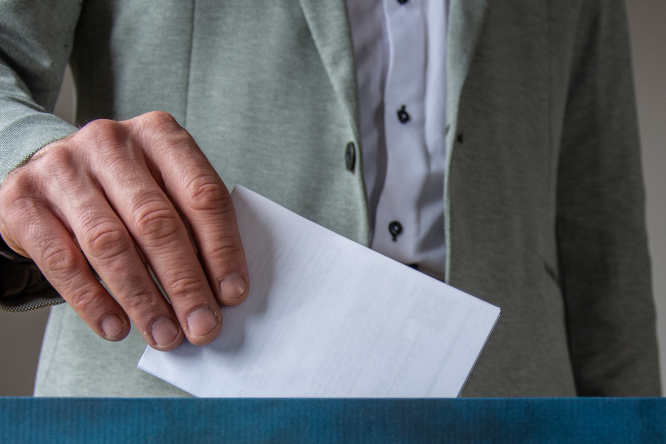 The UK’s Elections Bill is expected, in due course, to reinstate voting rights for all Britons who have moved overseas.

It was approved by MPs by 327 to 228 at its second reading, despite claims by some Labour MPs that its main aim is to allow wealthy expatriate Tory donors to carry on giving to the party for life – party donation rights are linked to voting rights.

Under current rules, Britons lose parliamentary voting rights – and linked rights, such as taking part in referendums – after 15 years away. Changing this has been a Conservative manifesto policy since 2015.

The new bill entitles any Britons who were previously on a UK electoral register, or can prove they previously lived in the UK, to re-register.

Another section confirms rules on EU citizens resident in the UK voting in local elections.

All those covered by the Brexit Withdrawal Agreement (WA) can continue to vote, but new arrivals can only do so if the UK strikes a reciprocal deal with their country on this.

Deals exist so far for Spain, Portugal, Poland and Luxembourg but the UK’s Cabinet Office refused to say if talks have taken place with France. It said only that “the UK will continue to provide other EU member states which are interested in entering into reciprocal voting rights agreements with the opportunity to negotiate them”.

During the Brexit negotiations, the EU chose not to include local voting rights in the WA deal, considering that it is not a matter of essential rights in daily life (such as to reside and work), and an automatic right to a local vote is closely linked to the notion of EU citizenship.

It was left to the UK and EU states to decide whether to offer it or not.

Many, but not all, EU states already allow non-EU citizens a local election vote

In France, extending the local vote to étrangers (non-EU citizens) is a matter of long-standing debate. In the 1980s, President Mitterrand supported it but regretted that “the current mindset doesn’t allow for it”. So did, at different times, both Nicolas Sarkozy and François Hollande.

A law was passed on it in 2011, but it needed confirming by a joint vote by three-fifths of MPs and senators or a referendum.

President Sarkozy decided it was too “divisive in a period of crisis”.

Italian Lara Parizotto, spokeswoman for the3million, representing EU citizens in the UK, said: “We were a bit anxious as we didn’t know if the rights of EU citizens were going to be maintained in the bill, and now they have been confirmed for those who entered before 2021. It’s a positive step. However, we are still not happy that those who enter now are disenfranchised.

“Until now, all EU citizens could vote in local elections, but if we don’t succeed in our campaign to amend the bill, some people will lose that right. We believe all residents should have the right.

“Especially now after Brexit, it seems counterintuitive to maintain some European people’s rights and to continue exploring bilateral agreements with EU states but not to pursue them with countries outside the EU.”

She said there is confusion regarding EU countries that already unilaterally give all residents the right to vote.

“It’s unclear how the government expects them to negotiate a bilateral agreement on something they already do. We pointed this out but they just ask if we can encourage the countries to sign up to agreements.

“We think it would be simpler if all residents can vote and we don’t think the UK should discriminate based on nationality and date of arrival.”

Ms Parizotto said the 3million has not been told of any ongoing negotiations.

“When you live in a local community, you can often see the most direct effects of policies from your local election vote.

“You pay council tax to use transport and roads, access parks and leisure. The council controls the schools, etc. So, it’s unfortunate now that so many residents will not have the right to vote.”