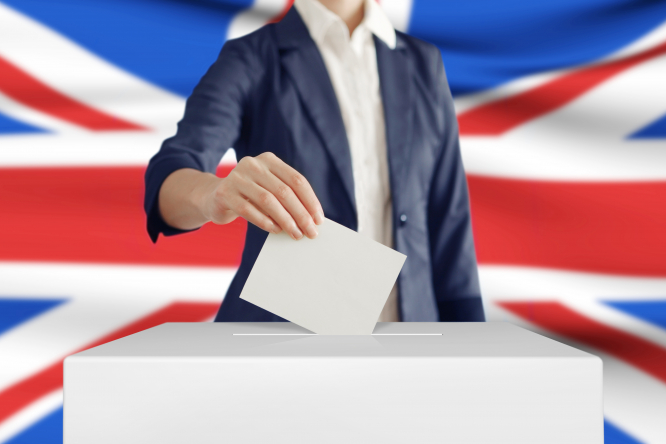 A bill including lifetime voting rights for Britons who move abroad was voted through its second reading stage by UK MPs yesterday.

Cabinet Office Minister Chloe Smith spoke in favour of the overseas votes section but it was opposed by several Labour MPs, who stated it would enable rich overseas donors to keep giving to the Conservatives for life, as the right to donate is linked to voting rights.

The bill, which also includes other issues such as confirmation of local election voting rules for EU citizens and introducing an obligation for voters in the UK to show ID, was approved at its second reading, 327 to 228. It will now be examined in more detail by an MPs’ committee before further debate, probably towards the end of this year.

At present, Britons who move overseas lose the right to vote in parliamentary elections after 15 years abroad.

The Elections Bill removes this limit, and allows Britons abroad who have lost the vote to re-register as long as they have previously been on a UK electoral register or – a new element – can show evidence of having previously lived in the UK.

Currently, only Britons who have previously been on an electoral register are allowed to continue to vote, or to re-register, from abroad.

Ms Smith told MPs: “The bill will ensure that the voices of British citizens across the world can be heard, and their vote is taken into account on matters that do affect them.”

Conservative Craig Mackinlay added that many Britons overseas still pay UK tax; for example on inheritances, even where they are no longer paying UK income tax.

However, Labour MP Cat Smith, said: “The motivation behind the change to remove the 15-year limit is about creating a loophole in donation law, and it will give rich Conservative donors unlimited access to our democracy in allowing them to bankroll the Tory party.”

She added: There is nothing in the bill to help overseas electors get their ballots back on time… One of the complaints I have heard most from overseas voters is that they do not get their ballot papers in time and cannot get them returned to the UK in time for their votes to count.”

Fellow Labour members Clive Lewis and Geraint Davies said: “It is the wealthy tax exiles, not members of the public, who will benefit from [the] rules,” and that the bill will “allow overseas donors more influence in our politics”.

Ms Smith stated that it was a “long-standing principle” that “permissible donors are those on the UK electoral register”. She added that the bill contained ‘strengthened’ rules on party financing, ensuring that election campaign funds only came from “sources that have a genuine and legitimate interest in UK elections”.

On local election voting rights of EU citizens in the UK, Ms Smith said the UK is going further than requirements in the Brexit Withdrawal Agreement deal.

EU citizens in the UK benefiting from the deal will retain the right to vote, she said. As for new arrivals, their right to vote will depend on reciprocal deals.

No such deal exists with France so far; only with Spain, Portugal, Poland and Luxembourg.

Also, this week written evidence to the UK Parliament in relation to the bill was published, including comments from campaign and rights groups British in Europe (BiE) and BHOV, as well as from Dr Susan Collard of University of Sussex, an expert on Britons voting abroad, and Conservatives Abroad.

BiE said Britons abroad retain closer links with the UK than ever before in “the digital age” and that they are “directly impacted by UK policy”. They are also a key part of the UK’s ‘soft power’, the group said.

BiE also welcomed a measure which will mean voters abroad only need to re-register every three years to stay on the register, as opposed to every year currently.

There was no link between the parts of the bill relating to “re-enfranchisement of overseas voters” and those relating to donations to parties, it said.

BHOV expressed concern that the overseas vote has been lumped in with unrelated matters such as voter ID. They said the change is needed, among other reasons, as the current rules denied many Britons overseas the right to a voice in the Brexit vote.

BHOV also recommended dedicated MPs and overseas constituencies for Britons abroad, the option to vote at embassies and consulates, and official representatives for British communities abroad (France has all of these for its citizens abroad).

Dr Collard said more needed to be done to make it easier to vote, such as providing “secure downloadable ballots”, addressing problems with voters receiving them on time in order to vote by post.

Conservatives Abroad stated that worldwide, allowing non-resident citizens to vote is the “default” position and is offered by 115 countries and territories.

In the UK the ‘voter ID’ question is currently the bill’s most controversial aspect, with some MPs and commentators claiming it will disenfranchise the less well-off who may not have photo ID.

This is already a requirement in Northern Ireland, where the option of using an ‘electoral identity card’ exists alongside driving licences, passports or certain kinds of transport passes. At present voters elsewhere do not have to present any document identifying themselves.

Fleur Anderson (Lab) said: “This bill will make it harder for working-class people, older people and people with disabilities, as well as black, Asian and minority ethnic people and those with learning disabilities to vote.”