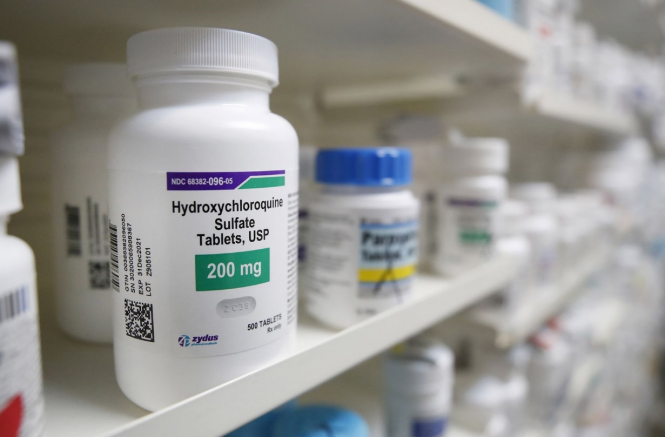 The WHO made the announcement this week, on Wednesday June 17. It said it had concluded that the drug, which is more-commonly used as an antimalarial - did not reduce the mortality rate of Covid-19.

WHO expert Ana Maria Henao-Restrepo told a media briefing: “[Studies have] shown that hydroxychloroquine does not result in the reduction of mortality of hospitalised COVID-19 patients.

“After deliberation, [investigators] have concluded that the hydroxychloroquine arm will be stopped from the Solidarity Trial.”

The WHO said that the decision had been made based on evidence from the Solidarity Trial, as well as on results from a UK-led clinical trial by the University of Oxford in the UK - known as Recovery - which concluded that hydroxychloroquine has “no beneficial effects” in treating Covid-19.

No more patients will be added to the hydroxychloroquine arm of the Trial, the WHO said.

It added: “Patients who had already started hydroxychloroquine but who have not yet finished their course in the trial may complete their course or stop at the discretion of the supervising physician.”

Hydroxychloroquine has been controversial in France - and worldwide - since it was suggested that it could be a “cure” for Covid-19, the illness caused by the coronavirus SARS-CoV-2.

In France, the drug is sold under the Plaquénil brand, and manufactured by Sanofi.

Professor Didier Raoult, high-profile infectious diseases specialist and head of the l'Institut Hospitalo-Universitaire (IHU) Méditerranée Infection in Marseille (Bouches-du-Rhône, Provence-Alpes-Côte d'Azur), has long said that the drug chloroquine - of which hydroxychlorine is a derivative - is an effective treatment against Covid-19, with, he has claimed, reduced death rates and lower rates of new cases.

By late March, France authorised the drug for use in severe cases of Covid-19 only.

Even then, a petition was launched by former French health minister Philippe Douste-Blazy and infectious diseases specialist Professor Christian Perronne calling for relaxation of these rules, citing Professor Raoult’s work as evidence.

The French army even confirmed in late April that it had ordered 70kg of a related molecule, “chloroquine phosphate”, for its central pharmacy as “a precautionary purchase”.

But after a study in medical journal The Lancet suggested that the drug may even be associated with higher - not lower - death rates from Covid-19, France requested a revision of its prescription rules.

It later banned the drug’s use for Covid-19-related issues completely on May 28.

Yet, in early June, a team of lawyers took the issue to the country’s top administrative court, le Conseil d’Etat, arguing that doctors in France should have the freedom to prescribe the drug if they believed that it would help, and that the government should not “prescribe by decree”.

In the US, the drug was even promoted by US President Donald Trump, who said that he had been taking it as a preventative measure by prescription.