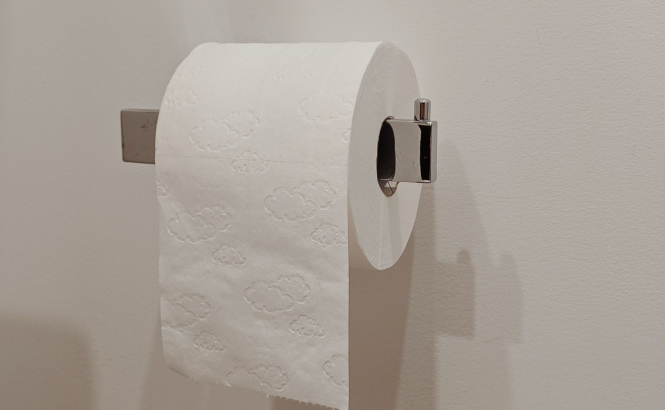 In an article published this week (Thursday April 23), co-authors Sébastien Wurtzer and Laurent Moulin from Paris water authority Eau de Paris, along with scientific researchers from La Sorbonne university, said that regular analysis of wastewater across the country would act as a “complementary and essential monitoring” of the health of the population, alongside other safety recommendations.

Samples of wastewater could help researchers understand how widespread the virus is, and whether it has spread to populations that currently have relatively low levels of the illness, even in the absence of widespread PCR (polymerase chain reaction) or blood testing.

Monitoring would also allow experts to monitor the impact that confinement - and deconfinement, from May 11 - may have on the spread or reduction of the virus. It could also potentially help to give an early signal of a “second wave”, or the appearance of the virus in an area that otherwise appears to be under control.

This information could then be used by health authorities and the government to evaluate their directives and recommendations to keep the country as safe as possible.

This is because waste water at sewage treatments may contain the waste from several million people, meaning that they can in part help to identify the microorganisms and other bacteria in the population’s intestines as a whole.

The recommendations come after the Mairie of Paris confirmed that traces of coronavirus SARS-CoV-2 - which causes Covid-19 - were found in the capital’s non-potable (non-drinking) water source, which is entirely separate from the capital’s drinking water.

Studies from outside of France also show a clear link between wastewater and the presence and monitoring of Covid-19, even in patients and populations that appear to have relatively low levels of infection.

A study by Gertjan Medema and team in the Netherlands found that DNA from the virus could be found in wastewater only a few days after the first case of Covid-19 was confirmed in the country.

Another study in Massachusetts in the US found a similar result.

A further study, started on March 5 in the Ile-de-France region - at three sample sites - confirmed these findings, and showed - for the first time - a correlation between the amount of viral DNA found in wastewater and the number of hospitalisations due to Covid-19.

Yet, the water showed a very significant reduction in the viral load of the virus in the water, an expected consequence of widespread confinement measures.

This regular analysis could begin relatively quickly and would also be financially sustainable, as wastewater processing centres and sewage works already have systems in place to monitor the quality and contents of their water.

Similarly, the experts said that “they could imagine, in the near future, using water to evaluate the ‘collective macrobiotic health’ of the nation’” through individual intestinal gut bacteria, as the importance of this “on human health is now well-established”, they said.

In the long-term, continued analysis of wastewater samples is also recommended as a strategy to monitor the general health of the nation, including during normal winter gastroenteritis epidemics, and also for major medical issues such as growing resistance to antibiotics.