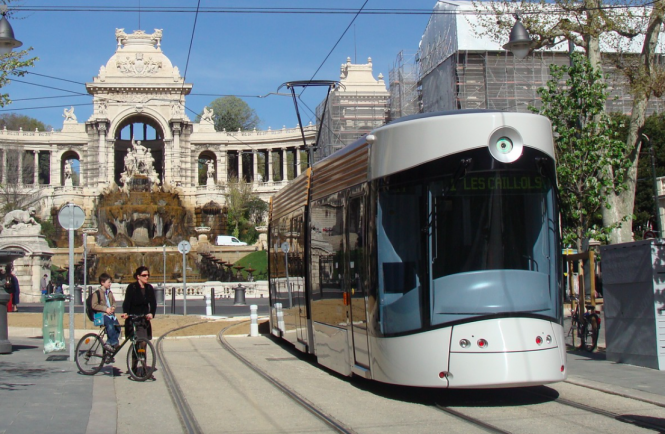 Critics have said free transport alone is unlikely to dissuade drivers in the city from using their cars.
By Joanna York

This makes Montpellier (Occitanie) the biggest city in France to trial a free public transport offering.

Speaking to news source FranceInfo, mayor Michaël Delafosse said he hoped people in the city would choose to use public transport at the weekend in order to reduce pollution. He said: “The goal is that there will be fewer people using their cars.

“I hope that Montpellier will have a positive, voluntary strategy in terms of the environment, to limit our greenhouse gasses and our Co2 emissions.”

The mayor plans to extend the availability of free public transport in the next 18-36 months.

Montpellier has a public bus and tramway system. In addition, cycling will be prioritised. Mr Delafosse said that “20 kilometres of cycle lanes that we rolled out this summer” in the city would remain in use.

But journalist and director of transport newsletter Mobilettre Gilled Dansart has criticised the plans, saying free public transport alone will not dissuade drivers from using their cars.

Considering the commune of Dunkirk (Hauts-de-France), which has also trialled free public transport, he told FranceInfo: “It did encourage a certain number of Dunkerquois to take the bus more, but it [actually] really encouraged cyclists and pedestrians.

“The mechanism that means someone who is used to using their car in the morning and at night, will then move over to public transport, is more complicated than cost alone. It’s linked to transport being regular, most importantly. It’s linked to aspects of feeling safe, and if there are stops near your home. So, it’s much more complex [than just cost].”

According to Mr Dansart, the only French city that has successfully completed a “global shift” to public transport is Paris (Ile-de-France). However, he says, rather than being won over by the capital’s public transport offering, Parisian drivers were simply sick of “spending hours in traffic jams”.

Concerns over financing of scheme

Mr Dansart has also raised questions over who will fund the free transport measure. He said that in Montpellier, in contrast to Dunkirk, “there is no shortage of people on the tramways and the bus. They are often full up”.

He estimates that the city currently makes €39 million each year from public transport fares. A sum that makes the mayor's free-transport election promises “an absolute fantasy”, he said.

If usage does go up as planned on the already crowded network, he asked: “What money [will the city] use to increase lines?”