Cookie Consent by FreePrivacyPolicy.com Why have some areas of France reported a lack of Covid jabs? French News and Views in English | The Connexion
9 may 2021
Classifieds Currency exchange Newsletter
Login Register BASKET
Facebook Twitter 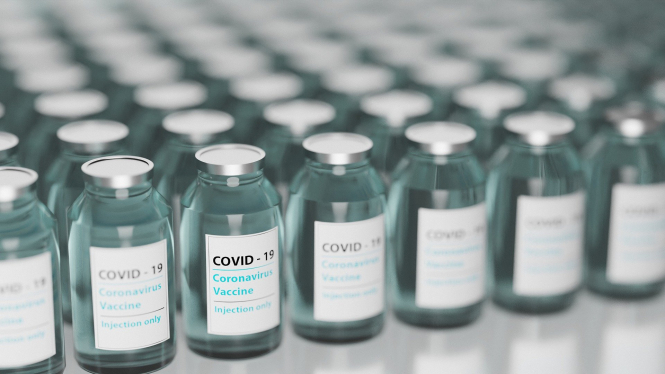 At least 30 departments in France have reported a lack of Covid-19 vaccination doses, with some vaccination centres closing down or postponing appointments. We explain the situation.

Some vaccination centres that had opened to begin giving the vaccination to people aged 75 and over have since closed, or changed their opening hours. Many patients have had their appointments postponed.

This is because some centres found that they had “more appointment times than they had doses”, said Health Minister Olivier Véran, suggesting that some local groups had promised vaccinations without having the necessary doses to administer them.

France had aimed to open 600 centres by the end of January, but more than 1,000 have actually opened, with local authorities pushing hard to create sites. But rather than being seen as good news, this has led to problems.

The health minister said: “Just because [local departments] are opening more centres, it does not mean there are more vaccines to go around.”

The minister said he was working on changing the number of doses sent to each site, to even out the distribution and availability - but this will necessarily lead to fewer doses available at each centre.

The minister said: “This is how we find, instead of the six centres that I had asked for in departments, some departments that have as many as 33.”

There has been confusion at this stipulation.

Some regional health agencies - Agences Régionales de Santé, (ARS) - including in the Grand Est region, said that this “six centres per department” rule was intended to offer one centre per 100,000 inhabitants, leading the ARS to see the limit on a “recommendation only” basis when approving sites

Some departments have opened more sites to account for their more rural areas; Marne now has 11 centres per 560,000 residents, plus two more opened in remote areas, which have not yet started vaccinating due a lack of doses.

Some regions, including PACA, have said that offering eight centres in the Alpes-de-Haute-Provence for its 160,000 inhabitants is still a good thing, as they mean older people do not have to travel so far “during the winter period” to receive their vaccine.

The mayor of Sisteron, in the department, said: “There were people who would have had to travel 150km, in mountain areas, on difficult and snowy roads, to get vaccinated.”

The health minister accepted this point, and said that France had chosen the “proximity” option, compared to Germany, which has set up huge “vaccinodromes”, of which there are necessarily fewer sites.

The health minister has also accused certain departments of “overbooking”, and offering more appointments than there were doses available, sometimes in the hope of obtaining more vaccines than they had been allocated.

But some local health centres have denied this.

Mayor of Cernay-lès-Reims in Marne, Patrick Bedek, told FranceInfo: “On Tuesday night (January 12), [the prefecture] confirmed to me that we had a centre of vaccination and it would be open seven days a week.” Appointments were offered on this basis on Friday morning, he said.

“But Friday afternoon, the prefecture told me: ‘Sorry, we do not have enough vaccines’...But the appointments on Doctolib were only opened when the prefect said that we could do so, and that there would be enough doses.”

The centre eventually opened for three days a week, then two - with appointments for the other days rearranged.

In its defence, the Marne prefecture said that “it had been told by Santé publique France that we would be restocked at the same rate as we were vaccinating.” It said that as soon as it knew there would be a lack of doses, it closed appointment booking.

Now, centres are hoping that going forward they will be notified in advance on how many doses would be available for the future week. Each region has been promised a “weekly information meeting on the number of doses available for the next week”.

The Marne prefecture has said that the Health Ministry had promised to deliver “a four-week projection” of the expected doses set to be delivered, in a bid to stop overbooking of appointments.

On Friday January 15, vaccine manufacturer Pfizer - whose vaccine is currently the most-used in France - announced that there would be delays to its deliveries in Europe, due to works taking place at a factory in Belgium.

President of the ARS Ile-de-France, Aurélien Rousseau, told RTL on January 19: “Between Friday morning when [the first appointments] were given, and Friday afternoon, we heard from Pfizer that we would have ‘300,000 fewer doses’”.

The Marne prefecture said: “We were told on Saturday January 16 that there would be no restocking. For the moment, we are giving out the doses we have left.”

This delivery delay mainly explains the “shortage” of doses, the prefecture said, which led to appointments being rescheduled and centre opening hours being reduced.

The prefecture added: “There is a contract. The deliveries will return to normal. We must ride out this wave of lack, but the closed centres will reopen [soon].”

US manufacturer Moderna whose vaccine has also been approved for use in France has sought to reassure the country that the situation will improve in the coming months.

Moderna CEO, Stéphane Bancel, told news service BFMTV: “There is more demand for the vaccine today than there are vaccines available, but the situation will improve month-on-month. Our industrial capacities improve every month, so I believe that slowly, we will find ourselves in a better situation.”

He said: “What has been done up until now is already quite extraordinary.”

The CEO said that there was currently a “bottleneck linked to the fact that generally, it takes three or four years to construct an industrial tool in a regulated environment such as ours, to ensure the safety of the products before launch.

“But the lab has only had 12 months and the [vaccine] mRNA technology is quite new, meaning that there was no industrial tool available before, so what has been done up until now is already quite extraordinary, and the industrial capacity will increase each month.”

Where are the Covid-19 vaccination centres in France?