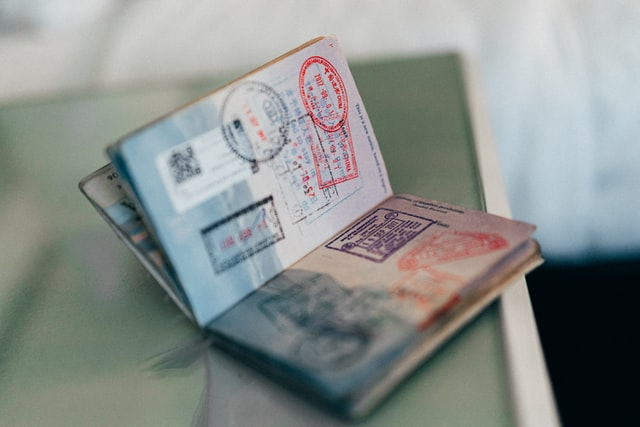 Will we need to show an "immunity passport" to travel after confinement is lifted?
By Connexion journalist

Deconfinement is set to start in France from May 11, beginning a months-long programme of the gradual reopening of society.

As people begin to move around again, and travel will be permitted within a 100km radius of the home, some have called for the introduction of “immunity passports” that would show that the holder has tested negative for Covid-19.

Christian Estrosi, mayor of Nice (Alpes-Maritimes, Provence-Alpes-Côte d'Azur), wrote to Prime Minister Edouard Philippe at the beginning of May. He said: “The right to leave and re-enter the country should be subject to the introduction of a health passport allowing the holder to prove they have had a negative PCR test in the previous 48 hours.”

Similarly, mayor of Paris Anne Hidalgo has introduced the idea as part of her proposals to help the capital city come out of confinement safely.

What would an ‘immunity passport’ be?

It would likely be a form of certificate or proof - either on paper or digitally - that the holder has a level of immunity to Covid-19. So far, this is thought to be provable through a blood test, which looks for antibodies in the blood.

The presence of antibodies proves that the person has been infected with the virus within the previous few weeks, suggesting that they have a level of immunity against it, and are not currently contagious.

An antibody blood test is different to a PCR test. A PCR tests checks if someone is infected with the virus at the time of the test; while a blood test checks if they have had it previously, even if they are now well.

But it is not yet clear which test a “health passport” - if it were to be introduced - would require.

How would it work?

Several options are being considered in studies across the world.

To make the passports effective, a wide scale, national testing system - requiring millions of tests - would be necessary across the country.

It is not clear how this would be possible in practice, although Prime Minister Edouard Philippe and health minister Olivier Veran have both said that they will aim to roll out capacity for millions of blood tests across France as confinement is lifted.

Health authorities are also on the point of approving 4.5 million blood tests for roll-out across the country in the coming month.

An alternative suggestion includes enabling people to get tested at home. Some startups are already attempting to create “kits” that would allow this. One startup, Onfido, is looking into producing a test that would turn green if the person is immune, orange if they are partially immune, and red if they are not at all.

Another startup, the British group Bizagi, is developing what it calls a “CoronaPass”, which would allow companies to test their employees using an app. This app would use data from medical authorities to generate personalised QR codes, which would show the immunity status of the person concerned.

However, it is not clear if the data would be reliable, nor how the government would prevent the spread of fake “health passports”. It is also not yet clear how the data could be used without infringing on people’s privacy.

The project is currently very controversial.

This is partly due to the fact that medical experts do not currently agree on whether a positive blood test for antibodies is actually definite proof that the person is immune to the virus, is not contagious, and cannot become infected a second time.

Similarly, even if the person is indeed immune, there is not yet a consensus on how long this immunity might last.

In France, vaccination biotech laboratory Pasteur-TheraVectys - based in central Paris and a “spin off” of prestigious medical research centre l’Institut Pasteur - has said it is developing a blood test that would not only reveal the presence of antibodies, but also determine how immune that person is to becoming infected again.

Read more: New blood test by French lab detects Covid-19 immunity
However the World Health Organisation (WHO) has said: “There is currently no proof that people who are cured of Covid-19 and who have antibodies will be protected against a second infection. We do not yet know the level of protection, not how long the immunity will last.”

The WHO has said it is against the idea of an immunity passport, saying that their issue could cause a further wave of infections.

It said: “The use of such certificates could increase the risk of infection among people who believe themselves to be immune.”
In a report published on the subject on May 2, French health authority La Haute de Santé appeared to agree with the WHO.

It said that blood tests for people who have already been exposed to SARS-CoV-2 could not automatically lead to the granting of an immunity passport.

Dominique Le Guludec, HAS president, said: “There are still many unknowns on the body’s immune response. We do not know what immunity it offers, or what protection there is for people who have contracted the virus.”

Some have even said that there could be unintended negative consequences of introducing immunity passports.

Professor Claire Standley, deputy professor at the Center for Global Health Science and Security at the University of Georgetown in the US, has said that some people could even attempt to become infected on purpose, in a bid to eventually become “immune”, and be eligible for the immunity passport.

She said: “These tests are not precise enough to allow individual immunity passports. Testing individuals with these methods is still far from being considered useful.”

Which countries are in favour of the idea?

The UK, Germany and Chile have so far all suggested that they are amenable to the idea of introducing a document that would show someone’s “immunity” based on blood test results.

But nothing is yet certain.

In Germany, there have been several studies aiming to evaluate the immunity of the population, based on the results of millions of blood tests.

One study found that 14% of people had been infected in Gangelt, in the Heinsberg region - one of the worst-affected areas in the country. In Munich, a study randomly tested 3,000 households.

Gerard Krause, head of epidemiology at the Helmholtz Centre for Infection Research in Braunschweig, told British newspaper The Guardian: “Those who are immune could be issued with a kind of vaccination pass that would for example allow them to exempted from restrictions on their activity.”

In the UK, shadow health secretary, Jonathan Ashworth, said: “Germany appears to be leading the way in the testing and we have much to learn from their approach. I’ve repeatedly called for more testing and contact tracing in the UK, and we should be looking at initiatives like this closely.”

UK health secretary Matt Hancock has also said that the country could introduce the system.

But in France, Professor Jean-François Delfraissy, president of the government scientific advisory council, le Conseil Scientifique, has not come out in favour of the idea.

He said: “This virus is very strange. We have seen that the lifespan of the antibodies protecting against Covid-19 is very short.

“We are also seeing more and more cases of a relapse from people who have already been infected once.”