Will Johnson & Johnson Covid vaccine now be used in France? 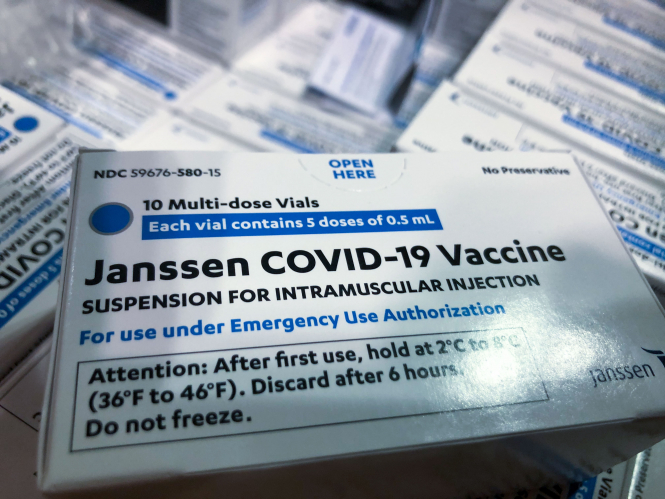 The European Medicines Agency (EMA) has said that the overall benefits of Johnson & Johnson’s Covid-19 vaccine outweigh the risks, but have suggested adding ‘very rare cases of unusual blood clots with low blood platelets’ to the list of the vaccine’s side effects.

The EMA published its conclusions in a report yesterday.

The EMA’s safety committee, PRAC, examined evidence from reports in the US, where eight serious cases of unusual blood clots were reported. Over seven million people in the US have been vaccinated with Johnson & Johnson’s Covid vaccine.

Did you miss our press briefing on EMA's safety committee (#PRAC) review of #COVID19Vaccine Janssen and cases of blood clots? You can watch it on EMA's YouTube channel:https://t.co/H4xlcn1Cok

EMA’s report comes after Johnson & Johnson pre-emptively postponed the roll out of its vaccine in Europe after the reports of blood clots in the US.

The vaccine was initially approved by the EMA on April 11 and France had planned to begin using it in GP practices and pharmacies on April 19 but this was delayed.

The vaccine will only initially be used on people aged 55 and over in France, as is the case with the AstraZeneca vaccine.

France has so far received 200,000 doses of the vaccine and is expecting a total of eight million by the end of June.

In total, the EU has ordered 200 million doses of the Johnson & Johnson vaccine, set to be delivered by the end of this year, with an option for 200 million more.

France’s Haute Autorité de Santé, the national authority that recommends Covid-19 vaccines for use in the country, has not yet commented on the EMA’s announcement.

It is not yet known when France will begin to roll out the vaccine.

The health ministry has stated that the Johnson & Johnson and AstraZeneca Covid vaccines are “indispensable” if the country wants to achieve its goal of giving a first dose of a vaccine to 30 million people by the end of June and all willing people by the end of the summer.

Europe to look towards other vaccines

Europe has notably stepped up its production of Covid-19 vaccines, especially those of Pfizer-BioNTech and Moderna.

It could mean that soon, EU countries will rely almost entirely on these vaccine types.

European production of vaccines increased from 15 million to 150 million doses per month between December 2020 and April 2021, Le Monde reported.

The European Commission, which is in charge of ordering vaccine doses for EU countries, has doubled its order of Pfizer-BioNTech vaccine doses.

The EU is now expected to receive 600 million doses of it this year.

Moderna is expected to deliver 150 million additional doses of its vaccine, bringing the total up to over 300 million.

The EU’s population is approximately 450 million, meaning that the 27 member countries could vaccinate their entire populations this year with these two vaccine types alone.

French MEP and former medical oncologist Véronique Trillet-Lenoir has said that if necessary, “from June onwards, we will be able to make do with messenger RNA vaccines (Pfizer-BioNTech and Moderna), which are more effective against Covid-19 and its variants than adenovirus vaccines (AstraZeneca and John & Johnson)”.

The EMA is also expected to approve another vaccine, developed by CureVac, which is based on similar technology to the Pfizer-BioNTech and Moderna vaccines. Le Monde reported that it could be approved as soon as next month.

The European Commission has already announced discussions with Pfizer-BioNTech to purchase 1.8 billion new doses in 2022 and 2023.

All Covid vaccines now open to over-60s in France: Your FAQs

3 hours ago
5
Coronavirus: Daily updates on the situation in France