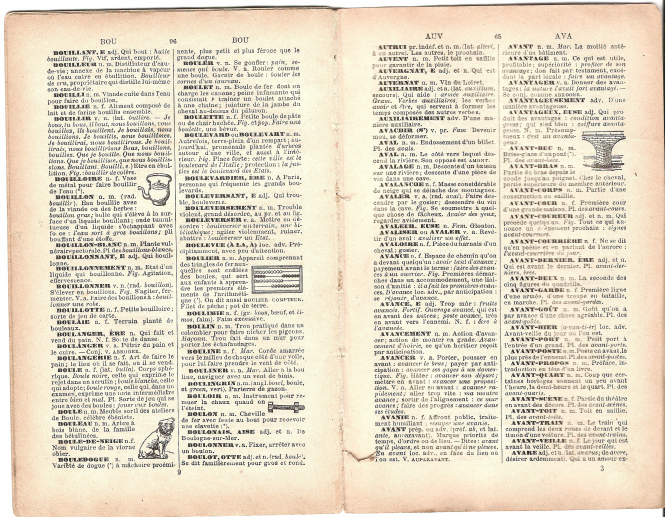 "French dictionary page1" by lizzie_anne is licensed under CC BY-NC 2.0
By Connexion Journalist

Confusion reigned on the internet but the Académie Française has spoken: the virus is feminine.

A French Google search for le Covid or la Covid results in more hits for the former, with most top results for the latter referring to the gender controversy. Even the government offends, with the health ministry’s official coronavirus information site headed “Tout savoir sur le COVID-19”, while articles by the respected Le Monde newspaper also refer to Le Covid. Among sources opting for the feminine are RTL radio and television in Luxembourg and – more authoritatively – the French-language information site of the World Health Organisation. And they are right, according to guardians of good French the Académie Française.

On their website the Académie’s members, known as “Immortals”, state that this is because Covid is an acronym for coronavirus disease (19 means it first appeared in 2019). The gender of acronyms, they explain, usually aligns with the most important noun, here “disease”. As maladie – the French for disease – is feminine, so is Covid-19.

The Academy gives the example of la SNCF, the French train company, which comes from Société Nationale des Chemins de de fer français, where société is feminine. Le or la Covid-19 is not the only import from English that we have been hearing a lot about in French in recent days.

Another often heard from French doctors and scientists is un cluster, referring to a localised outbreak. The Culture Ministry advises using instead foyer (a word with several meanings, including “centre” or “site”) or grappe, literally meaning a “bunch”, as in a bunch of grapes. Two others, with their Culture Ministry-approved equivalents, are “coping”, now often used in mental health contexts such as when referring to confinement (use instead le faire-face) and “tracking” (use traçage), or if referring to technology to identify the geographic location of a phone or other connected object, then géolocalisation. Not linked to English, but another “new” word associated with the virus nevertheless is “quatorzaine”.