France lockdown: Checks step up at airports, stations and motorways 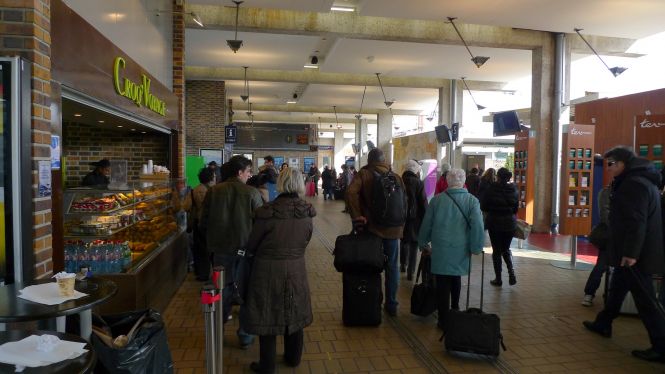 Strict restrictions on movement in France because of Covid finally kicked in today (Tuesday, April 6) after an Easter weekend marked by presidential 'tolerance'.

The travel restrictions announced last week by President Emmanuel Macron fully come into force after the long weekend's grace period, and require anyone planning a trip that takes them outside a 10km radius of their home to have a valid reason and to carry an attestation.

For shorter trips, proof of address will be enough.

Police will be on the lookout for people travelling long distances and crossing regional borders without a valid reason.

The Direction Générale de la Police Nationale (DGPN) said that the number and frequency of checks would increase - and would focus on three key points: airports, railway stations and motorway toll points, where travellers are obliged to stop and wait.

"Compelling reasons" for travel include "business trips but also those linked to a family reason, such as accompanying or fetching a child from a parent, a grandparent or a relative," Prime Minister Jean Castex said in a speech in the National Assembly on Thursday, April 1.

“When a train arrives, we position ourselves at the end of the platform, which allows everyone to be checked," a police officer told Le Figaro. "Ten days ago, for example, we were able to check the certificates of 290 people leaving a train in Bordeaux.”

“Usually, during a check, we put aside the people who cannot present a certificate Then, we take time to speak with them in order to establish a legitimate reason."

Checks at toll areas will depend on traffic flow, the officer added. In quieter periods, all vehicles will be checked, but random stops will take place at busier times.

Those found not to have compelling reasons for their journey can be fined €135, rising to €200 in the event of a repeat offence within 15 days, and again to €3,750 and up to 6 months' imprisonment for a third offence in 30 days.

Nearly 100,000 police and gendarmerie checks were carried out at the weekend in France, and 17,000 fines issued, 60% of which were in the 19 departments that were under confinement measures before the rules were enforced nationwide.

"We are asked for firmness, that is to say no tolerance," the officer said. “But we are also asked to have discernment, because all situations are different.”

In light on the new government measures, rail company SNCF announced on Wednesday March 31 that “all tickets are exchangeable and refundable free of charge until the last moment (90 minutes before departure for OUIGO) for travel on TGV, Inoui, Ouigo, Intercite trains until April 30, 2021 inclusive”.