France Covid lockdown not expected to last more than 4 weeks 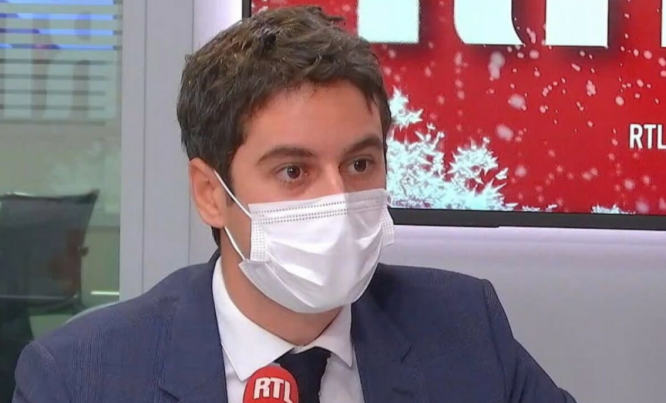 The current 10km lockdown restrictions in place across France are not expected to last longer than four weeks, the government spokesperson has said.

Gabriel Attal yesterday told LCI: “We are not planning that they will go beyond four weeks at this stage.”

Mr Attal did not rule out changes, saying: “We must never exclude anything in the future [but the government] is already starting to see signs that we can be optimistic about the measures in place, with the epidemic beginning to stabilise [in the 16 and 19 departments that went into lockdown first].

“That is encouraging us to continue, to keep going [with the measures].”

He said that President Emmanuel Macron - who announced the lockdown measures in a TV speech on March 31 - could make another TV address on the subject “by the end of the month”.

Read more: Macron: Semi-confinement to extend to all France, schools to close

Mr Attal said that there was currently “no definite criteria announced at this stage to lift the measures” but that in the next few weeks, the government would reevaluate the “dynamic of the epidemic”.

He said: “We must get out of this exponential rise. The virus spread is reaching a crescendo.”

But he said that vaccination was “changing the game” and that it would allow the government “to plan to lift certain constraints” in the near future, and perhaps by the end of April.

He said that the government was planning to extend the vaccination campaign as quickly as possible, starting with teachers, especially those who work with disabled children (around 80,000 people), and in May, “to spread this to professions that are especially exposed” to Covid-19.

Despite the optimistic predictions, pressure on hospitals remains high. There were 5,341 Covid patients in intensive care in the past week, compared to 4,872 a week earlier.

In the past 24 hours, there were 270 new intensive care admissions, said Santé publique France. The number of admissions to hospital in general is also up, with 29,356 Covid patients now admitted – a record since November 2020 – including 1,224 new admissions in 24 hours.

The number of daily deaths is relatively stable, at 185 deaths in the past 24 hours (compared to 187 the day before) but has risen from 131 seven days ago.

New semi-confinement in France: What you can and cannot do
Lockdown still needed for vaccinated people French court rules
Covid France: Tests and vaccination updates April 4

13 hours ago
4
France: 'Let vaccinated UK people make up own minds on travel'

Arc de Triomphe to be wrapped in 25,000 metres of fabric for art
3 August 2021
More from French news
More from Connexion
Get news, views and information from France
Join the newsletter
Subscribe to The Connexion