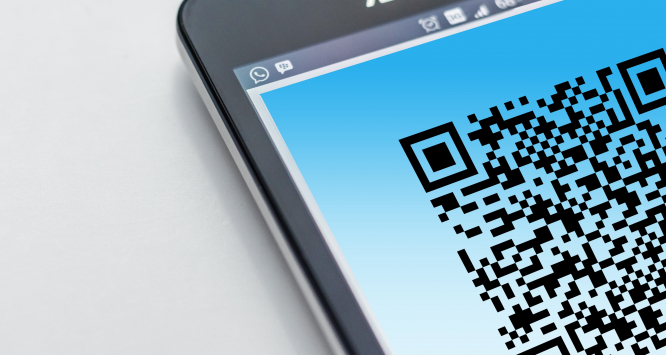 Visitors to restaurants could be permitted to use a QR code to enter or sit down, instead of showing a proposed “health pass”
By Hannah Thompson

Here are some of the recent Covid-19 news updates you might have missed.

The tests will be available from Monday April 12, and will only be available to buy in pharmacies, Health Minister Olivier Véran has confirmed. Pharmacists will give buyers instructions and useful tips on how to use the tests.

The tests are done by nasal swab, but are less invasive and unpleasant than the deep nasal swabs needed for RT-PCR tests. Any positive at-home tests will need to be confirmed by a proper RT-PCR test, health authority la Haute autorité de Santé (HAS) has said.

7 military hospitals are opening to help with the vaccination campaign

In the “long-term” the hospitals are expected to have capacity to administer “up to 50,000 doses” of the vaccine per week, said Army Minister Florence Parly.

The seven sites are located in Ile-de-France (Bégin in Saint-Mandé, and Percy in Clamart); Provence-Alpes-Côte d'Azur (Laveran in Marseille, and Sainte-Anne in Toulon), Brittany (Clermont-Tonnerre in Brest), Grand-Est (Legouest in Metz) and Nouvelle-Aquitaine (Robert-Picqué in Bordeaux).

Ms Parly told Le Parisien: “Within the context of the collective state effort to speed up the vaccination campaign, the Army Ministry is joining the battle to step up its contribution. The challenge is the speed of vaccination. That is how we will get out of this epidemic.”

Vaccination appointments will be available for booking on the Doctolib website, and the Laveran hospital in Marseille is already taking bookings. The rest will be “online in the next few days”, Doctolib said.

The two organisers, aged 22 and 26, are accused of “endangering the lives of other and organising a forbidden gathering in a public place” in a health epidemic.

The two organisers, who handed themselves into police via an audio message published on cultural website Le Petit Bulletin, are expected in court on April 27. They said that “it is important for us to face up to our actions and their consequences”, but also complained of “media harassment” after the event.

The party took place on the banks of the River Saône in Lyon. The duo’s lawyer, Mélanie Sanzari, said that the two had become “overwhelmed by the situation”, which was intended to be a gathering for “just a few friends”.

It then transformed into a “giant party” because it was a sunny day.

She said: “The goal was not to create a secret party, nor to defy the rules, nor to stick a finger up at the authorities. There was no political aim whatsoever.”

The Rhône authorities called the event “irresponsible and unacceptable”, and said that police did not break up the party “given the proximity to the Saône and the danger that such an intervention would have created”.

A QR code is being suggested to help restaurants open up

Visitors to restaurants could be permitted to use a QR code to enter or sit down, instead of showing a proposed “health pass” once sites re-open, the government has suggested.

The health minister said on Thursday April 1 that he was not in favour of restricting access to public places only to those who have been vaccinated, or can show a sufficient “health pass”.

Read more: 3-stage plan to reopen restaurants in France but no date set

He told the Senate: “I believe that the day we open public places, they must be open for everyone.”

France has previously said it would be against limiting access to places only for people who have been vaccinated, given that not everyone has had a chance to be vaccinated, that some people cannot receive a vaccine for health reasons, and that people under 18 have not even been offered the jab yet.

President Emmanuel Macron last month said: “If we reopen some of these places, we cannot make access conditional on vaccination, when we have not even have opened vaccination to the youngest among us [yet].”

It is not yet clear exactly what details the QR codes would contain or communicate, but at a minimum, it is thought they could help people trace contacts in case of a later confirmed infection.

Whether their use will be obligatory has not yet been discussed.

Restaurant access, QR codes, or any possible “passes” in France are not expected to be connected to the EU digital health pass in any way, which is set to be available from June 15.

EU Covid summer travel pass: What is it and who is eligible?

France Covid health pass: What is it and how would it work?