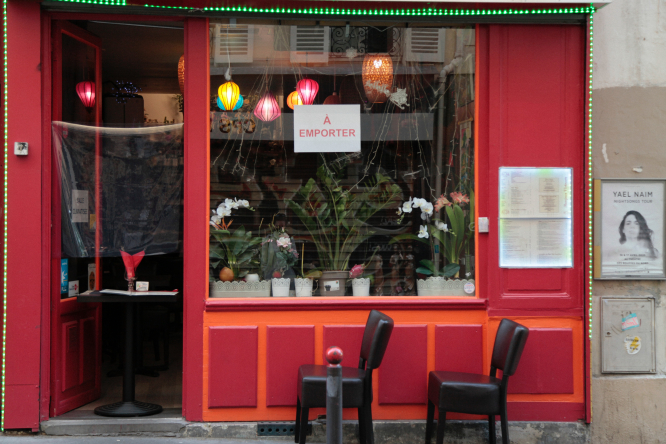 Restaurants, cafes and bars have now been closed to customers for over four months
By Joanna York

The government has confirmed a three-step plan for reopening restaurants and cafes in France – but so far no dates have been set for when it will begin.

Confirmation of the plan comes after a meeting with hospitality representatives and government ministers on March 16.

Restaurants and cafes have been closed for over four months in France, since the second national lockdown was introduced on October 29, 2020.

The government initially planned to reopen restaurants on January 20, 2021, but delayed this date indefinitely as daily cases remained high and health experts feared a spike in cases following Christmas and New Year celebrations.

The first step of plans to reopen restaurants would begin in hotels, Mr Chenet said.

In this phase, breakfasts and dinners could be served in hotel dining rooms.

The second phase would include opening terrasses and interiors in cafes and restaurants, including hotel restaurants, with a 50% capacity limit.

Finally, he said: “In the third phase establishments would be fully open, with health protocols in place.”

He said he and other representatives hoped the first phase of reopening would begin in mid-April, meaning that terrasses could reopen in May, and establishments could reopen fully in June.

He said: “Obviously barrier measures would still be necessary, meaning mask wearing and distances of one metre between tables”

Mr Chenet added that health protocols should be “the same as those from October 2020”, with the addition of scannable QR codes for customers to better enable contact tracing.

Read more: What is France’d Covid health pass and how would it work?

It comes following discussions held by health advisory body the Conseil Scientifique Covid-19 over the places where people are most likely to be infected with Covid-19.

It concluded that restaurants were a significant risk, as “meals, during which masks are not worn, constitute a major source of contamination”.

It also said this risk was heightened in enclosed spaces without ventilation.

But there is some positive news for restaurants on this front – a ban on terrasse heating in restaurants and cafes has been pushed back to April 2022 to help establishments recover from the impact of the health crisis.

The ban, which was set to be implemented as an environmental measure, had already been pushed back to spring 2021.

It was extended for an extra year during parliamentary discussions on climate laws on March 15.

French restaurants hope to open for lunch in late March

Restaurants must reopen for lunch in March say French MPs