Upgrade for Strasbourg zoo but the welfare debate continues 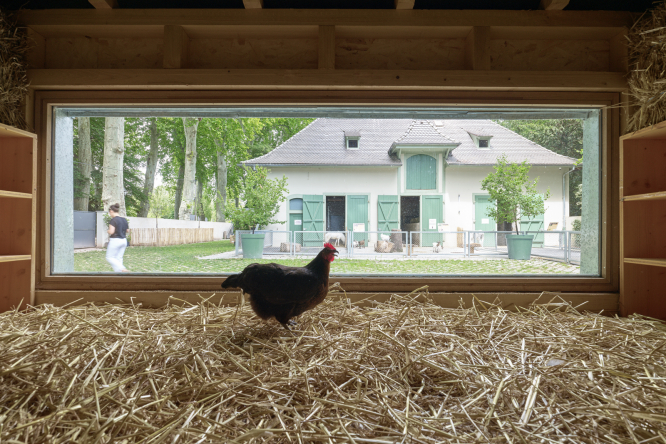 A renovation at a zoo in Strasbourg, and an ongoing dispute about its animals’ living conditions Pic: David Foessel

Guillaume Aubry, Cyril Gauthier and Yves Pasq are the three founding associates of Freaks Architecture, who have been given the job of renovating the small zoo in Strasbourg.

“It’s an interesting commission, because the end users are going to be animals as well as humans,” says Cyril Gauthier.

The three architects have just celebrated the 11th anniversary of their company. They are from all over France. “Yves trained in Rennes, Guillaume in Lille and I trained in Montpellier, but we all met at the Ecole d’Architecture in La Villette in Paris. We travelled extensively as part of our training. The others went to Japan, and I went to San Francisco, and afterwards I and Yves were in Berlin and Guillaume went to China.

We began working together using the name Freaks on some small projects in 2007, but we officially set up Freaks in 2010 when we won the Albums des Jeunes Architectes et Paysagistes (AJAP) prize.

The team has just finished the construction and refurbishment of the reception area at the Zoo de l’Orangerie in Strasbourg. “We created a new building to house the reception, plus a shop and a classroom. The idea was to be able to see outdoor areas, and to give more space to the animals. The stables and barn were already there, and we decided to make the enclosures easy to move so they could be modulated according to the seasons and the animals in the farm. We also wanted to retain the wild storks who nest on the roof, and made sure not to disturb them during the building works.”

This is part of an ongoing commitment by the mairie to re-home the exotic species living in the park’s small, old-fashioned and severely overcrowded zoo, which has been increasingly heavily criticised by animal rights groups. Jeanne Barseghian, the Ecology Party maire, made the issue a manifesto pledge, and intends to deliver on her promise.

She insists that nature reserves and safari parks be found to take the 120 lynx, monkeys, wallabies, exotic birds and other small animals from the mini-zoo. She wants to see the small concrete pens and enclosures demolished in order to create a petting farm where children can learn about domesticated animals.

The petting farm will be free, whereas the old zoo was paying. There is also a plan to set up a centre to treat injured or ill wild animals.

The mairie owns the premises, but the zoo is run and the animals are owned by an association which is not at all in agreement with the mairie.

For their part they say the zoo should be refurbished but that the animals should stay where they are until the end of their lives. They insist there is no cruelty in keeping the animals in such cramped conditions.

Despite being asked to run the petting farm and rescue centre, they say that it will never happen, and have so far refused to relinquish a single animal.

The mairie says it is ready to fund the costs of transporting the animals to new homes, but that if the association insists on keeping them where they are, it will have to raise the money independently.

Horns are locked, but the refurbishment and the construction of the petting farm will go ahead.

16 hours ago
4
Undelivered letters: Why is France’s postal service struggling?

Aerovillages project in France: Housing estate with planes in garage
20 January 2022
More from Big Picture
More from Connexion
Get news, views and information from France
Join the newsletter
Subscribe to The Connexion