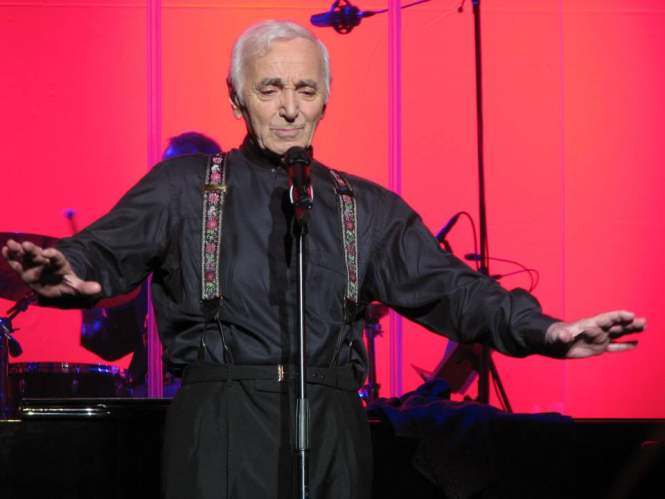 We are sure many readers enjoy French ‘chansons.’ Fan Geoff Barker explains what makes this art form unique and why chansons are so much more than simple songs. He shares one of his favourites, Bonne Anniversaire (Charles Aznavour) with an English translation. Tell us your favourite chanson and why at news@connexionfrance.com. We’ll be starting a regular column of French culture ideas including films, books, music – and chansons. Share your ideas at the link.

Chanson is uniquely French and as Gallic as Citroen and Chartreuse. The literal translation is a “French song” but it is more than that. It is a poetic or lyric-driven song put to music – the words and their meaning come before the music which follows the narrative.

There is always a human story with emotional emphasis. Many would say the French language was made for chanson or that chanson was made for French. Both are true and its roots can be traced back many centuries even to medieval times. Many early manuscripts from the 16th century exist to confirm the origins of this beautiful art form, which thankfully remains alive and well to the current day.

Shahnour Varinag Aznavourian is one of the greats in the chanson hall-of-fame. Better known as Charles Aznavour, he was born in Paris, of Armenian parents in 1924. The song “Happy Anniversary” contains all the elements of chanson.

The lyrics tell us of a 20th wedding anniversary planned by a husband who anxiously awaits his wife’s preparation in the early evening. His best shoes pinch and the suit feels tight as he spends time ready and early while pacing the hall. He must be careful with his words so as not upset his wife who already feels under pressure - her altered dress promised for the morning is yet to be delivered, her hair too is having a bad day. Time is running out. You can feel the tension between them.

Finally, the dress arrives, he helps her with it, the zip sticks and in trying to free it, the dress tears. There are tears aplenty. By 23:00, she is finally ready, the play they planned to go to has all but finished and she cannot bear the thought of even a late supper. Romance has evaporated. How about a walk in the fresh air, he suggests. Even a flower from the street seller. Yes, maybe.

As they walk through the streets in silence, they eventually turn to each other and a mutual slow smile develops, then a kiss and another smile. The evening is ruined but hey, they still have each other, and they realise their love is as strong and enduring. Happy Anniversary.

How many of us have shared some of these emotions and challenges?  This is chanson at its best.

I put on my new suit and shoes that pinch

And I am already ready for quite some time

This evening is important because it’s the anniversary

Of the day when happiness dressed you in white

But I feel you’re nervous, on the brink of anger

So, I don’t say anything, better to be careful

If I said one word, your damn character

Would tell me to get lost, and we would lose time

That should have been delivered this morning at the latest

To top this off your hair flies away from the comb

All seems tied together to make us late

If all goes along this way, the evening at the theatre

And the fashionable author we can mourn as dead

Goodbye play by Anouilh, by Anouilh or else by Sartre

I don’t remember very well, but I have two good seats

Your dress finally arrived, and you breathe a sigh of relief

Me, to save time, I help you as best I can

All seems to work out but suddenly the worst happens

The zipper stops and is stuck right in the middle

We both are unnerved; we push and then we pull

Our fingers are entangled, we try so damn hard

That with a horrible noise, the fabric tears

And I see your hopes are changed into tears

Around eleven o’clock finally you are ready

But by the time we get there, the theatre is closed

Come, come we will go have supper, just the two of us

No, no, you are downhearted, you’d rather return

Through the streets slowly we walk in silence

You smile, I kiss you and you smile again

The evening is ruined but we are lucky

Since we love each other, and love is the strongest (thing).