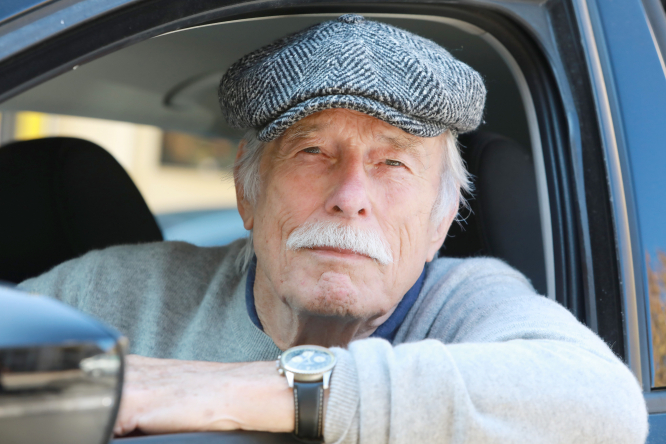 Peter Bubb-Anthony has led a privileged life. His image has been immortalised by top photographers of the age
By Jane Hanks

Diamonds are forever. But apparently not regrets, and definitely not for Peter Bubb, better known as Peter Anthony, a model who was in vogue from the sixties to the nineties.

He now happily spends his days discretely in a house in the old part of Antibes with his wife, Katherine Pastrie, who was also a top model in the sixties.

A peaceful existence which leaves no place for regrets, particularly not that of having refused, in 1962, the role of James Bond in the first film of a very long series, Dr. No.

Instead Peter Bubb-Anthony, who at 84 still has the appearance of a British dandy, left the job of saving the world in the name of Her Very Gracious Majesty, to Sean Connery and his consorts.

He preferred the studio lights and natural backgrounds of a model’s world, rather than the huge fame and glory of a cinema star. His job was well paid at the time, he earned the equivalent of around €500 a day. However, his fleeting relation with James Bond has left a lasting impression on his life.

In 1962, producers Harry Saltzman and ‘Cubby’ Broccoli and the writer Ian Fleming, the “father” of James Bond, were looking for a young man who could represent what would become the most famous playboy star in the cinema.

They launched the casting to find this rare gem so that they could start filming Dr. No.

“An actor friend encouraged me to reply to the small ad which appeared in the Daily Express,” Mr Bubb-Anthony said.

“He persuaded me to send the photos of myself, which were in the fashion magazines at the time. I was selected for a screen test and went to a studio in Twickenham.

“They lent me a suit and a Walther PPK pistol and I took part in a photo session with the other candidates and then one on my own.”

And then? “The producer ‘Cubby’ Broccoli called me to say he wanted to see me. He and Ian Fleming had no doubt. I had the physique and the build to play Bond. But I would have to learn how to be an actor. Take acting classes.”

Not imagining the success that would come with the adventures of 007, Peter Bubb-Anthony declined the offer.

He was a model in great demand and he was worried that taking part in this cinema adventure would take him away from his actual work.

“They would have paid me £40 a week to learn diction and how to act. I would have had to go to a theatre in the London suburbs. On the other hand I was being offered $100 a day to be a model. So I said ‘no’ to the role. And I have never regretted it.

“In the end, Broccoli chose a real actor: Sean Connery, who was in competition with David Niven and Cary Grant for the role.”

Peter Bubb-Anthony continued his career as a model. “I was always surrounded by very beautiful women and I travelled all over the world... It was a wonderful life,” he remembers with a smile.

What he didn’t know, though, was that the connection between him and Bond was not yet over.

Due to the success of the 007 films, ‘Cubby’ Broccoli was now one of the most important film producers and he got back in contact. That was in 1971. After five films, Sean Connery had decided he did not want to continue with the adventure.

At short notice, Australian model and actor George Lazenby was chosen to replace the Scottish actor for the next film, On Her Majesty’s Secret Service, directed by Peter Hunt.

But Broccoli did not want to continue his collaboration with Lazenby.

He wanted Peter Bubb-Anthony, his first choice to take up the role of the secret agent.

“This time, I went to Hollywood. I even met a lawyer who brought a series of contracts to my hotel room.

“They wanted me to sign immediately. I refused once again because I did not want to rush into things. I did agree to take part in a few film tests, but no more.”

Finally, Connery reversed his decision about abandoning the role of Bond and, as was the case in 1962, he was chosen to play the secret agent, this time in Diamonds are Forever.

Who were the photographers in fashion at that time?

They are still considered as some of the best today. I worked above all with Norman Parkinson. There was also David Bailey, fashion and portrait photographer, and also Brian Duffy. My favourite, though, was Terence Donovan.

He revolutionised fashion photography and redefined the relationship between the photographer and his model. His photographs of these artists are worth a great deal of money today.

How did you become a model?

By accident. I was in the merchant navy.

I had to stop because of health reasons. I lived in Carnaby Street, London. A friend had a small shop in the area. One day, I visited him, and his boss, who also sold a small catalogue, was looking for models.

When he saw me, he wanted to try me out with some photos. I accepted. I found a small ad in a men’s magazine, Men about Town, which was also looking for a model. I sent a photo, we did some tests and I was hired. The contracts then followed, one after the other. I also had a great deal of success in New York doing TV ads. The James Bond episode was in fact purely anecdotal.

What did you do after that?

After a successful career in modelling, I lived in England with my wife. We opened a French restaurant in Fleet Street, on the left bank of the Thames in London. I went back to using my real name and called it Bubb’s restaurant. It was a flourishing business, which we ran for 20 years.

What brought you to Antibes?

My wife is French and she wanted to return to her home country. I also wanted to live here. First, we lived in Arcachon, but we have lived in Antibes now for four years. Everyone is friendly and I don’t need a car to get around. There are very good restaurants, the sea and lots of walks in this city which I adore. I have fallen in love with Antibes. I go to London sometimes, but I am always impatient to return here.

This article first appeared in Nice-Matin regional newspaper. The original interview was by Robert Yvon. Translated by Jane Hanks.