Cookie Consent by FreePrivacyPolicy.com From a French vineyard: The science behind why wine goes bad French News and Views in English | The Connexion
8 may 2021
Classifieds Currency exchange Newsletter
Login Register BASKET
Facebook Twitter 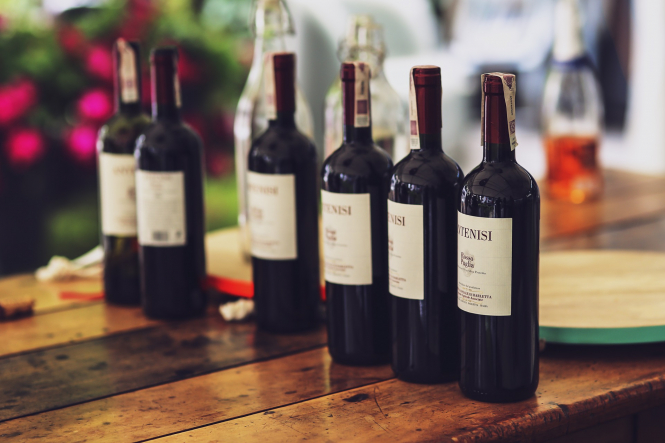 Wine is essentially a natural food product. The high levels of alcohol and acidity in wine prevent the microbes that can give us food poisoning. Although wine is known to age well there are things that can go wrong, just like with other food products. Some of these are a result of the winemaking and some are a result of how the bottles are treated before they are opened.

The ageing of wine is basically a story of slow oxidation. Oxygen helps to smooth out tannins and develop perfumed aromas at first but eventually every bottle of wine will become “over the hill”. The wine begins to lose its fruity freshness and then to develop Sherry aromas, due to the development of acetaldehyde.

Modern winemaking has largely removed oxidation before bottling but permeable closures like cork and containers like bag-in-box allow oxygen to get to the wine over time.

Even screw capped bottles will eventually succumb to some level of oxidation. When bottles are exposed to light, metal ions present in the wine can cause oxidation even if no air is involved. Heat and light dramatically increase the risk of oxidative damage to wine.

Oxidation can also lead to vinegar characters, a combination of acetic acid and ethyl acetate, which is caused by the metabolism of alcohol by bacteria. Vinegary wine usually results from unsanitary conditions in the winery or the use of rotten fruit.

Other microbes can survive in the bottle. If the wine has some residual sugar and the yeast isn’t totally filtered out, it is possible to have a secondary fermentation in the bottle, resulting in fizzy, cloudy wine that can even pop the cork out. Another cause of spritziness is malolactic fermentation in bottle.

This is caused by bacteria rather than yeast and acts on malic acid, a natural component of grape juice. As well as fizziness, it usually gives off a smell of rotten eggs. It is prevented by carrying out the malolactic fermentation during winemaking, inhibiting the bacteria with sulphur dioxide and sterile filtration.

Note that spritziness can also be the result of the wine being bottled without removing enough of the natural carbon dioxide that was generated during fermentation.

Cloudiness is often a result of a secondary fermentation but can also be caused by proteins in the wine coagulating over time or with high temperatures or, in rare cases nowadays, by the transformation of copper or iron compounds by light.

These hazes are not harmful or detrimental to the flavour of the wine. They just look unattractive so commercial wineries generally test and rectify the presence of proteins of metal ions with fining agents.

Sediments in a bottle are not really a fault. Over time the tannins in red wine fall out of solution and form a deposit, often in combination with tartrates. This is a normal effect of ageing and improves the smoothness of the wine.

However, tartrates are viewed as more of a problem in white wines because they are more easily visible and consumers think they are bits of broken glass, so they return the bottle to the shop. In fact they are just crystals of potassium bitartrate which can form from tartaric acid and potassium, which are natural components of all wines.

They are usually precipitated by very cold temperatures and again, the more mass-market wineries will perform a cold-stabilisation to prevent this happening. My advice is don’t try to drink the last dregs of the bottle.

It is worth emphasising that tartrate crystals, tannin deposits and protein cloudiness are not a result of the wine not being filtered. They are all solids that form through chemical reactions after the wine has been bottled.

Nor do any of them damage the aroma and flavour of the wine. In fact, producers and fans of Natural wine generally see them as a sign that the wine hasn’t been overly processed.

I have written about Cork Taint in previous columns but it should be included here as a fault, caused by corks which contain a microbe which makes the bottle taste fusty. It is usually limited to individual bottles.

These are the main faults and visual issues that we find in wine.

Brettanomyces (Brett) is a type of yeast that can give wine odd aromas and flavours. If only present in tiny amounts it can be attractive, giving the wine a spicy, barn-yard character. Several highly-regarded wines from Bordeaux and Châteauneuf-du-Pape owe their reputation partly to Brett.

However, it can also develop quite unpleasant aromas reminiscent of rodents if it gets out of control. This is referred to as mouse-taint or mousiness.

When yeast is denied access to oxygen during fermentation or when there was not enough amino acids in the juice, strange aromas and flavours can develop in the wine. This is referred to as reduction. It’s a confusing word that come from the world of chemistry where “reduction” is the opposite of oxidation. It covers a range of faults. The first one is the smell of rotten eggs, caused by hydrogen sulphide. This usually appears during fermentation and if left unchecked, will lead to more faults down the line.

The hydrogen sulphide will convert to other sulphur compounds called mercaptans. These can give the wine the smell of burnt rubber, rotten onions, cooked cabbage or, in their more attractive form, mushrooms and decomposing leaves in a forest. Flavours of butter, geraniums, bitter almonds, caramel, bubblegum, boiledsweets and oak can also be perceived as faults, although that often depends on the preferences of the taster.

All these faults (except cork taint) can be seen as attractive in small amounts and only cause problems when they dominate the wine. I have heard it said that the finest wines on Earth are those with a multitude of barely detectable faults.

Therefore I would conclude that while it is useful to be able to identify a fault and know what probably caused it, it’s not always conducive to the enjoyment of wine to be overly forensic about detecting them.