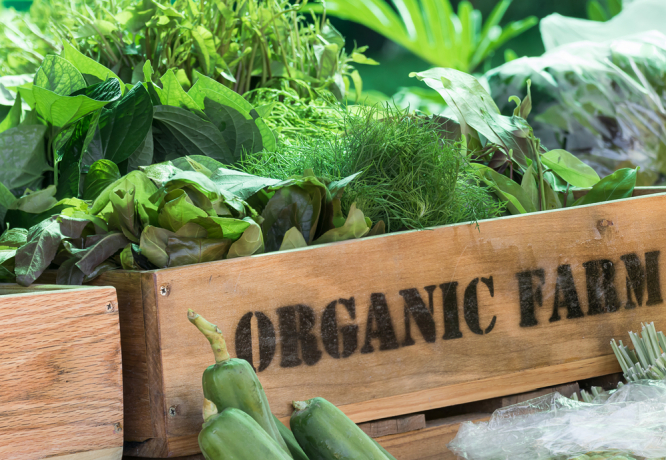 Not all organic food is of ‘better quality’ than its non-organic equivalents, a study by a leading French consumer group has found.

The consumer magazine 60 Millions de Consommateurs compared 13 organic food products with their closest non-organic equivalents of the same brand. It found that nine were of better quality, but in the other four cases the non-organic versions were of higher quality.

The study analysed the foods based on their listed contents.

Where the non-organic foods won out, it was because they contained a larger quantity of the main ingredient. For example:

Sophie Coisne, scientific journalist and coordinator of the series, said: “That was a big surprise, for two soups that are about the same price.”

The nine organic foods that won on quality also largely did so for the same reason - a larger quantity of the main ingredient.

Ms Coisne said: “[In the organic mousse] you will find chocolate, then egg, then sugar, then butter. So, a real chocolate mousse. But in the non-organic mousse of the same brand [Carrefour], the first ingredient is milk. The second is cream. And then emulsifiers.”

The comparison of the two types of products also shows “other more subtle tricks”, which are especially notable among pasta, filled ravioli, lasagne, and pizza.

Ms Coisne explained: “[Non-organic ones] have less filling and toppings [because] these are brands that are trying to strongly restrict their prices. And what is expensive in an organic pizza? The toppings.”

Studies show that 73% of people in France consume at least one organic product per month, and 13% do so every day.

In France, there are two ‘official’ organic logos: AB, and Eurofeuille.

Both show that the product has not been treated with synthetic pesticides, nor includes any genetically modified material.

Organic farmers in France stage naked protest against aid cuts
Organic produce in France ‘not cheaper’ in supermarkets
What is meant by the 'écoresponsable' label on French fruit?
Cost of fresh fruit up 17% in France, veg up 4%

Process, costs, carte grise: How to register a car in France
7 January 2022
More from Food and Drink
More from Connexion
Get news, views and information from France
Join the newsletter
Subscribe to The Connexion