Did you know? French monarchs and emperors were exiled 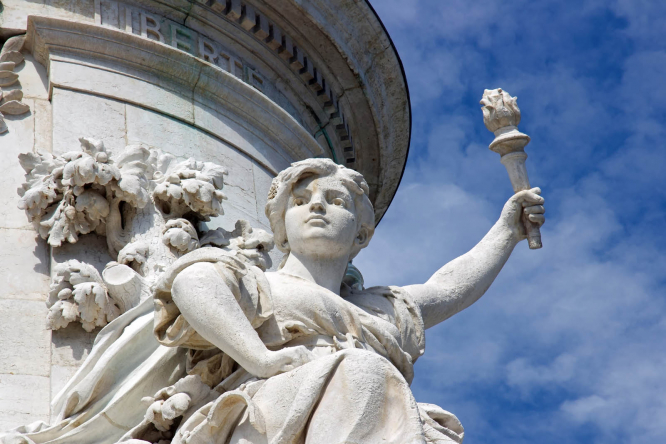 In 1886, a law was passed expelling the heads of all former sovereign houses from France. This included members of the Bonaparte family and pretenders to the throne.

In the late 19th century, France was still working towards its present day status as a Republic, even though the Revolution had happened nearly a hundred years earlier. The 19th century was a turbulent period, ruled over by three Kings and two Emperors before a President became the permanent head of state.

Charles X was not popular. In 1830, there was a three-day Revolution, the Trois Glorieuses. Charles was replaced by another member of the Royal Family, his cousin Louis Philippe I, who came from the more liberal Orlèans branch, and who agreed to a constitutional monarchy.

His initial popularity quickly waned and led to another Revolution in February 1848. Louis-Philippe I abdicated and fled to England.

In 1848, Napoleon I’s nephew Louis Napoléon Bonaparte was elected President: in 1851 he declared himself President for life and in 1852, Emperor Napoleon III. Napoleon II was Napoleon I’s son but he never reigned and died aged 21.

Napoleon III’s rule came to an end during the Franco-Prussian War in 1870. He later died in exile in the UK.

France now had its Third Republic, with a President to serve as head of state. But even then there were discussions over whether to re-establish a monarchy.

In May 1886, a sumptuous Royal wedding was celebrated in Paris between the Princess Amélie d’Orléans and Charles de Portugal, future King of Portugal. The Republicans were concerned about a renewed rise in power of the monarchists, and so, in June, 1886 the government passed a law forbidding leaders and the first sons of royal and imperial families, from ever setting foot in France again and from serving in the French army.

Those concerned fled the country and lived in other parts of Europe, including the UK.

As soon as the law was repealed on June 24, 1950, they started to come back. Princess Marie-Clotilde Bonaparte bought a manor house in the Dordogne. Her son, Count Baudoin de Witt, still lives there and has opened a museum about his great, great uncle showing family heirlooms such as the telescope Napoléon I used at the battle of Austerlitz.

Orléanist pretender to the throne, Henri, Count of Paris, also returned to France from exile in Belgium. He died in 2019 and his son is now Prince Jean of Orléans. He has a website which shows his pride in his royal background and family heritage.

history
Did You Know
More from French Facts
More from Connexion

Aerovillages project in France: Housing estate with planes in garage
20 January 2022
More from French Facts
More from Connexion
Get news, views and information from France
Join the newsletter
Subscribe to The Connexion