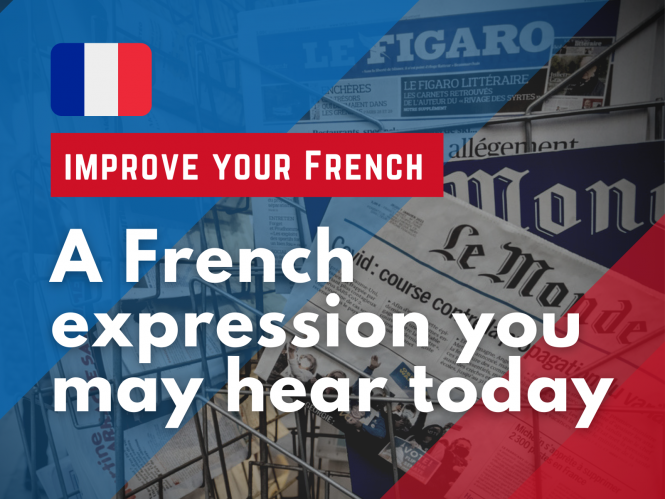 The SNCF is expected to end the year in deficit, according to its chairman and CEO, Jean-Pierre Farandou.

However, Mr Farandou hopes the SNCF will not have to resort to further sales, having sold freight car rental company Ermewa last month, or to further state aid following a €4billion grant last year.

The objective is to borrow the equivalent of the deficit to cover current expenses, and achieve financial stability in 2022.

However, as it stands, the SNCF is ‘dans le rouge’, in Mr Farandou’s own words.

‘Être dans le rouge’ (literally ‘to be in the red’) means to be in a delicate financial situation. It is particularly used when a bank account is in minus figures, as it is in English.

We look at three other French expressions relating to the colour red which do not have a direct English equivalent:

Être marqué au fer rouge (literally ‘to be branded with a red iron’):

This means to be traumatised.

During the Roman times, criminals were branded on the forehead with a red-hot iron, in part to remind them of their crimes and in part to warn the rest of the population.

While this punishment was eventually abolished, branding was still used on animals, especially cattle and sheep, in order to be able to differentiate them.

A red (hot) iron is therefore associated with suffering, and is used, in this expression, to symbolise trauma.

The phrase means to verbally attack or insult somebody.

It is said to date back to King Frederick William I of Prussia in the 18th century, who wanted to make his cannonballs more destructive. As a result, he decided to heat them in a cannonball oven before launching them at the enemy.

In addition to the destruction caused by the collision, the heated cannonballs also started fires.

The expression was first used literally, but later took on a figurative sense of attacking verbally, which it has maintained to this day.

This expression means that a decision is final. It has been used since at least the beginning of the 20th century.

One theory is that it comes from the world of racing, where a red disk would be placed on the scoreboard to show that the results were final.

Another theory is that the term relates to television sets, where a red light indicates that no interruption is possible.

Un vert galant: A French expression you may hear today
‘Nuit blanche’, and other expressions with the word ‘white’ in French
Entre chien et loup and other French animal expressions