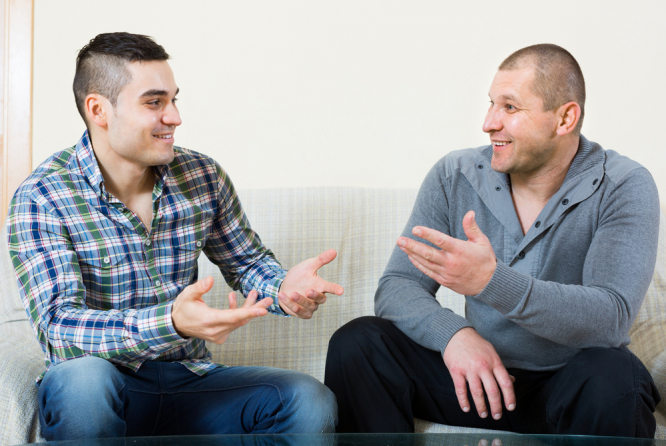 Alors, ça fait du bien de sortir, hein? – these were the words of actress Jodie Foster’s opening speech at the Cannes Film Festival yesterday, for which she has been praised for her good French.

She was accepting an honorary Palme d’Or, in a fluent French that owes a lot to the fact she went to a French lycée in America and went on to spend several years in France in her youth.

The festival’s jury president, director Spike Lee, notably said he regretted he could not speak French so well and the French press commented on her ability.

Little touches like the ‘hein’ can help you sound more French, but what does it actually mean?

Well, literally her phrase meant: ‘So, it feels good to get out, doesn’t it?’.

She went on to add: “A lot of us have spent a year shut up in our little bubbles, a lot spent it isolated and others were faced with suffering, anxiety, pain and mortal fear. And now finally here we are, after a year unlike any other, back together in our posh clothes.”

Hein is widely used in colloquial French, but if you want to sound formal it is better to replace it with something like comment, pardon or n’est-ce pas.

It comes in useful in many situations.

One French colleague joked that its common meanings include: ‘what do you think about it?’ or ‘do you agree with me’, or, especially (but not only) in the south, ‘Please be so good as to excuse me, I did not fully understand what you have just said; please be so kind as to say it again’.

Here are some typical examples of how to use it in a phrase:

Hein? Que dis-tu là? Eh? What did you just say ? (expressing surprise or doubt at something said)

Hein? What? (If someone has said something vague and you need more clarification)

To pronounce it authentically you should not say the ‘h’ at the start. It is just a single sound, a nasal ‘ain’ sound, said as in the department l’Ain or in the words vin or pain, made emphatically and usually with a slightly rising intonation to the voice. Here are some examples of French people saying it.

According to wiktionnaire.com it has been used in various forms since the 12th century and has had its current spelling since the 17th in the plays of Marivaux. It is thought to derive from hem in Latin.

22 hours ago
4
Undelivered letters: Why is France’s postal service struggling?